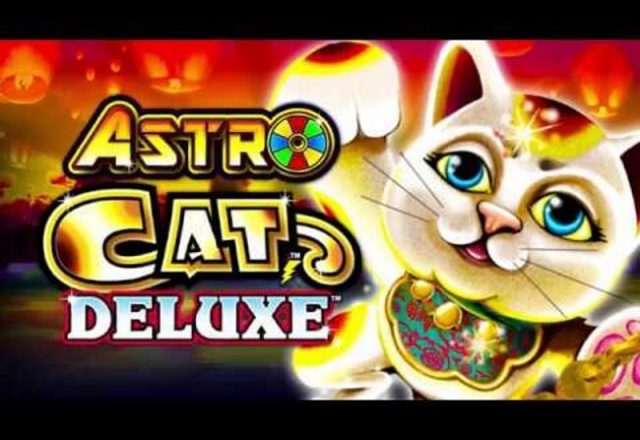 Few of us are immune to the lure of the waving golden feline paw of good fortune. Its symbolism may be intertwined with Asian culture, but it’s recognised the world over as a creator of good things to come. Best of all is that thanks to a significant collaboration between Lightning Box and the Chicago-based Incredible Technologies; players all over the world are now able to tap into the good fortune of the Astro Cat Deluxe online slot.

Leading gaming developer and entertainment tech giant Incredible Technologies first came up with the idea for the original Astro Cat slot concept. The original release remains a staple choice for many a player, confirms Incredible Tech’s Dan Schrementi, who is the VP of Gaming Sales and Marketing at the top developer, but the re-vamped Deluxe version includes a special Sky Wheel and is bound to attract many more players as the jazzed-up version has so much more to offer in terms of exhilarating reel spinning action and entertainment.

Moreover, die-hard fans of the original Astro Cat slot will most definitely find that the game hasn’t veered too much off course in terms of theme and will discover that all of their old favourite features have been preserved and remain intact.

Alternative Is A Thing Now

According to Lightning Box man Peter Causley, the collaboration itself is a special kind of excitement for the developer. Causley describes teaming up with Incredible Technologies as the perfect opportunity to strengthen Lightning Box’s own unprecedented commitment towards various cross-verticals and a variety of alternative gaming markets.

Developers all over the world are becoming involved with independent studios and companies previously described as “off-beat” and “against the grain”. If any one developer were to be categorised into this particular class; and in many ways, a class all of its own making; then that developer would have to be Lightning Box. Now that we’re living in a world where “different” is perceived as good, it’s the Lightning Boxes of the entertainment industry who will be plotting the course and leading the way into the future of slots development.

Bigger And Better Than Ever

Astro Cat Deluxe is basically Astro Cat on steroids. The game is now live with all participating operators. Its product owners officially launched it into the ether on June 27th and is already a smash hit among the members of the global gaming community.

Enjoy the thrill of spinning the reels! Hit the JACKPOT playing slots online.