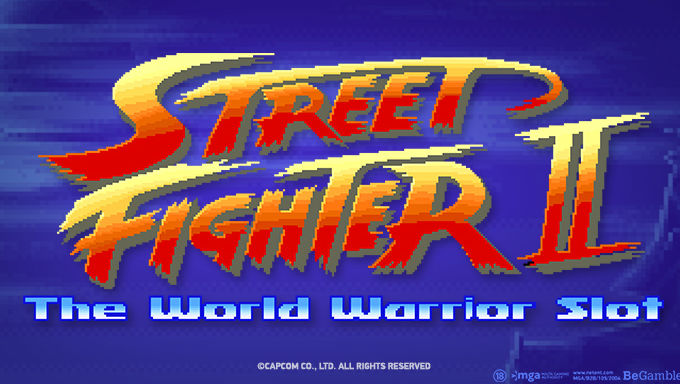 There’s hardly a soul not familiar with Capcom’s early ‘90s Streetfighter II: The World Warrior game. The arcade classic shot to ultimate cult-fame what seemed like mere moments following its release. And now that casino games development giant NetEnt has officially secured the rights to create a slot based on the original Capcom classic, we’d be willing to go out on a limb and say that the Streetfighter II brand is about to experience a modern-day resurgence.

NetEnt has proclaimed the official launch date for the Streetfighter II: The World Warrior slot to be May 21st, 2020. The new title will join a rapidly growing portfolio of branded games created by NetEnt over the course of recent times and will without a doubt re-live its heyday; only this time round, as part of the slots universe.

A World of Firsts

What had initially caused Streetfighter II to enjoy the extent of the following that it did was the fact that this really was the very first video game that allowed one-on-one combat. Players were suddenly not only able to join in on a fight with a fellow-player (often a friend as these were wired-console days!). but also to unleash some pretty radical special moves combinations on their opponents.

NetEnt’s rendition will feature all of the original characters featured in the initial Capcom game. These will include Guile, E-Honda, Blanka, Zangief, Ryu and Ken; all of whom without the slot simply would not do the original concept justice. In keeping with the true essence of the brand, NetEnt will be incorporating not only the characters and their special moves, but also a rendition of the original Streetfighter II soundtrack, which was a classic in its own right.

It Doesn’t Get Better Than This

Brian Upton, who is NetEnt’s Director of Games, said that the developer is exceptionally proud to be honoured by a classic brand association such as the one with the creators of the Streetfighter brand. Upton said that NetEnt believes that its important as well as necessary to continuously “raise the bar” when talking development and that this core value is no different to the core value encapsulated by Capcom’s most popular game to date.

NetEnt earlier on announced that it would soon be releasing another branded slot based on Gordon Ramsey’s Hell’s Kitchen franchise. The slot will supposedly feature a hand-picked selection of Ramsey’s most colourful catchphrases made famous by the off-beat cooking show franchise.

It looks like whatever it releases in 2020, NetEnt will be serving up the goods.

Play for a HUGE jackpot online! Spin the reels of top SLOTS now.