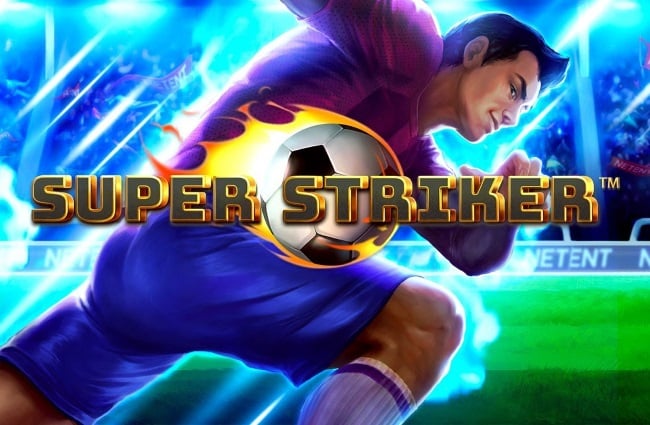 What was supposed to have been a well-coordinated launch so as to coincide with the now-cancelled Euro 2020, has resulted in NetEnt having had to make a call on whether or not to go ahead with the release of its new Super Striker slot.

The company has decided to go ahead with the launch irrespective of the fact that UEFA has decided it to be best for everyone involved, given the current coronavirus crisis, if Euro 2020 be postponed to next year instead. The game is scheduled for release on April 29th and will be making its debut separately from the Summer European football championship, as opposed to what was initially planned.

What makes the release of the upcoming game all the more exciting is the fact that NetEnt has revealed select details regarding what players can look forward to. Not unlike the developer’s Scudamore’s Super Stakes slot, Super Striker too will allow players to wager bets (additional to standard wagers) on the outcome of spins.

How it works is that a player will select a symbol on which to bet. In the event that that symbol then appears a specific number of times during any given spin, the player will go on to win some pretty amazing cash prizes. The added option to wager bets on the outcomes of spins is referred to as the Bet Slip.

Football scatters and gold scatters also help to increase the player’s odds at winning. These help to trigger the free spins bonus, which is of course in itself a money-maker once triggered. Best of all is that there is a total of 5 free spins levels, with each level associated with an increased multiplier value. This obviously makes some pretty amazing wins to be possible.

NetEnt’s Journey To The Top

NetEnt has been focused on creating quality games for a very long time and the company has established itself as true pioneer in the industry. The company is responsible for some of the most popular online slots the industry has ever seen, and its management has a keen sense of what works and what doesn’t.

The developer has defied a great many odds on its journey to the top, but now that it’s reached the highest rung of success, it’s all very much been worth the time and effort spent. It’s always exciting to see exactly what NetEnt will come up with next and Super Striker looks set to impress once again.