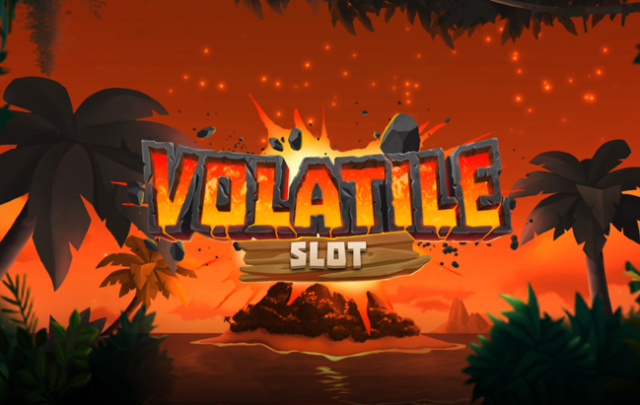 Judging by the looks of it, November and volatility get along like a house on fire at Microgaming. The leading online casino games software developer has just released its latest slot; developed exclusively by independent studio partner Golden Rock Studios; and the title “Volatile” really does say it all.

According to the latest press release by Microgaming Golden Rock Studios was established by Will Mathieson and James Curwen, who are both gaming experts in their own right. The independent developer is based in the United Kingdom and the new 5×3 grid, 10-payline Volatile Slot is its very first creation. But the fact that it’s their first doesn’t mean that they started small. Quite the contrary in fact, as Volatile Slot features no fewer than an impressive 2 game modes and a special free spins bonus feature.

Two types of wild symbols are required to launch the free spins bonus round in Volatile Slot into action. These are labelled volcanic wilds and exploding wilds. The volcanic variety appears on reels numbers 2, 3 and 4. They transform all other standard symbols into wilds when making an appearance. Moreover, they apply 2x, 3x and 4x multipliers and have the additional capacity of being able to transform into exploding wild symbols.

The multiplication mechanic makes it so that at maximum capacity, the exploding wilds are able to catalyst up to a 64x multiplier into motion. Now that’s some serious multiplier magic right there! Not to mention even the Volatile Free Spins feature. Once the “frenzied free spins” bonus game has been triggered, a total of 10 free games are immediately kicked into action.

Volatile Slot is a game that is described by Microgaming as the stuff that fiery fortunes are made of and it’s not difficult to see why they’ve opted to run with this particular tagline. The multipliers make for superb money making opportunities and the fact that the wild symbols appear all throughout the base game as well as the free spins bonus game ramps up the potential for bagging some pretty decent wins by even more.

Microgaming Chief Commercial Officer Jean-Luc Ferriere describes the game as a truly impressive debut title and goes on to confirm that there is a total of 15 games currently in the pipeline for Golden Rock Studios. This is superb news indeed, especially if all of the future titles live up to the standard set by this fantastic first release.

Get YOUR hands on the biggest jackpots! Play the BEST SLOTS at a top online casino.