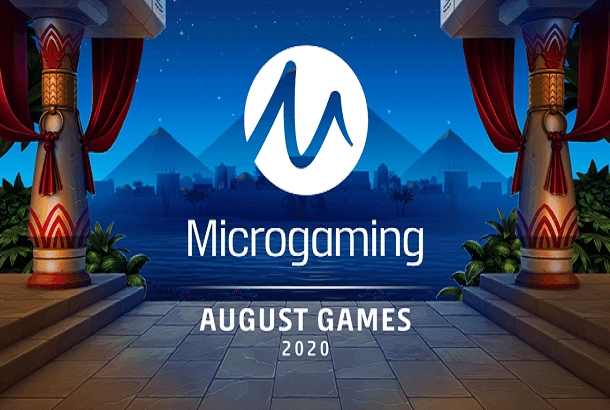 Thanks to the inspired and innovative developers that are part of the Microgaming network of independent studio partners, the arrival of each new month is yet another reason to celebrate. Every month, Microgaming announces a slew of hot new slots that are ready to hit the ether.

These are just some of what we can look forward to from the developer and it’s partners this month.

Developed exclusively for the casino games giant by independent studio partner Alchemy Gaming, fantasy-themed online slot Goldaur Guardians went live on August 11. Featuring 20 paylines spread out across a 5x3 grid, Rolling Reels, Hyperspins, and a Free Spins bonus game Goldaur Guardians slot will appeal to especially fans of high volatility-style play. And since the game also features a maximum winnable jackpot of up to 7,300x the player’s initial bet, this one is bound to become a solid new August favourite.

Up next is Wolf Howl by Just For The Win. Scheduled to go live on August 18, Microgaming’s upcoming new Wolf Howl slot features a North American wildlife theme. Wolf Howl special features include multiplier-boosted wilds and a maximum winnable jackpot of 25,000x the original wager placed by the player. Wolf Howl will be played on a 5x3 set of reels and 10 fixed paylines.

Coming on August 20 is the next release in Microgaming’s Break Away series of slots. Break Away Lucky Wilds, developed exclusively for Microgaming by Stormcraft Studios, is set to feature no fewer than 3 fixed jackpots. More special features are to include Free Spins and special Multiplier Trails.

Foxium’s 3 Tiny Gods slot will hit our screens on August 25. This one is a release to really look forward to, as its theme will be Ancient Egypt fused with modern-day character art. This combination is expected to make for some pretty incredible gameplay.

Played on a 5x4 set of reels and 30 paylines, 3 Tiny Gods will feature a maximum jackpot of 5,000x the player’s original bet. The cast of charming god-like characters will also bounce into action a special Jackpot Mini-Game potentially capable of awarding any one of a total of three tiered jackpots.