Microgaming To Launch More New Games In May 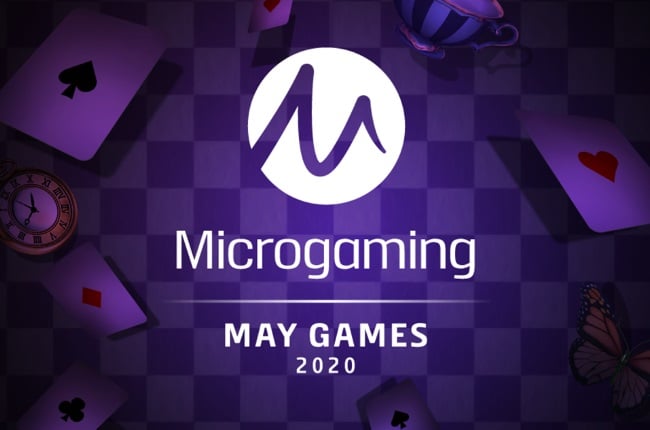 It seems as if leading casino software developer and market leader Microgaming has quite the new-games collection up its sleeve for May. The developer certainly is making good on earlier promises of more games and more diversity than ever before being the order of the day for the duration of the coming months.

May in particular, is shaping up to be a stellar month for new games planned for release by the iGaming giant. Microgaming recently revealed exactly what it is that we are to expect over the course of the next couple of weeks, and judging by the pre-release teasers and titbits, there’s nowhere we’d rather be!

These are just some of the titles players get to look forward to for release in the near future.

Developed in-house by Microgaming’s team of creative games development geniuses, Lucky Riches Hyperspins™ is expected to see the light of day by no later than May 7. Really exciting is the fact that, as the name suggests, this online slot will come standard featuring the extremely popular Hyperspins™ mechanic, which of course allows the player to choose which reels to spin and which reels to keep intact. There are free spins and multipliers in there somewhere too and players can look forward to opening a door to an entire world of glamour on first launch of the new title.

If ever there were an 80s blast from the electric past in the offing, then the All41 Studios-developed Electric Avenue would have to be it. Of course, no 80s-inspired anything would be anywhere near legit without a healthy dose of sounds and chimes from just about the best musical era ever. But Electric Avenue is more than just a collection of nostalgic sounds and music because the slot will enable players to cash in on an incredible 4,096 ways to win.

Free spins, sticky Power Wilds and multipliers galore are just some of what players can look forward too once Electric Avenue goes live on May 12.

Since we’re nearly all pretty starved for a little bit of sports action right now, Stormcraft Studios’ upcoming new Football Star Deluxe online slot makes the idea of an immediate future without full-fan football to be slightly more bearable after all. Set for release on May 28th, Football Star Deluxe will treat players to some pretty amazing features. What’s more, players will be at liberty to decide for themselves whether to bet on 18, 38, 68 or 88 paylines.

All in all, it looks like there is plenty in store for players who love fresh, new games!

Play the BEST slots online. Get the reels spinning at a Canadian CASINO!