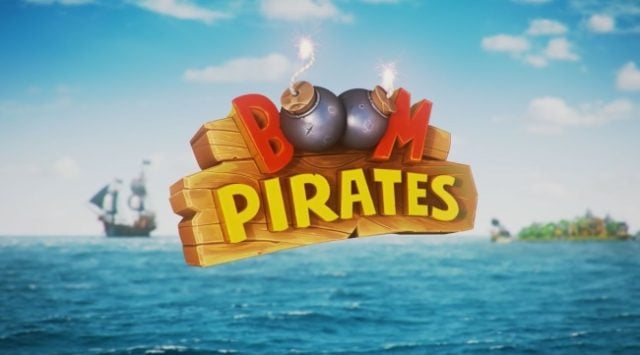 Microgaming has officially launched its new Boom Pirates slot, created exclusively for the casino games giant by independent games developer Foxium. The game tells the story of Captain Mary and the Jolly Roger, with her band of merry seafarer men in tow. The latest slot release is very much a story-telling adventure, which is what made Foxium to be the perfect fit for the task at hand. D

Packed with special features and bonuses, Boom Pirates follows the adventures of the merry seafarers all the way to the ultimate treasure of offing to players more than 10 million ways in which to win. This incredible stunt is made possible by a host of signature features, including all-new Foxify and Wonderways. The reel-set is expandable and instantly transforms from a 4 x 5 grid into a superbly rewarding 6 x 9 grid and reel-set. This is made possible by the special Wonderways feature and may be triggered at random.

Captain Mary is the star of the show and doubles up as the wild symbol. The good captain is in the regular habit of making a star appearance on the slot’s reels whenever a 5 of a kind symbol match is on the cards.

Landing 3 or more YO-HO-HO scatter symbols anywhere on the game’s reels activates the free spins round. Captain Mary really chants it up whenever this happens. Best of all is that every time three or more scatters are landed on the reels during the free spins round, the bonus game is re-triggered. This offers some truly incredible win opportunities.

Another interesting addition is the fact that players may opt to buy in on a very special privilege by purchasing free spins at leisure. This provides to them the opportunity to score up to 100x their bet thanks to the special pirate’s reward.

Boom Pirates was initially released for an exclusive 5-month trial period and Microgaming operators were invited to chip in and make suggestions as to what worked and what didn’t. The trial period served a double purpose in that it teased the new game big-time.

Operators were full of praise for the new slot and right form the word GO. The result was the build-up of excitement and pure anticipation and now that the slot has been officially released and declared a permanent Microgaming feature, there’s no slowing down the stunning new game on the popularity front.

Strike it RICH in online slots! Play at top Canadian casinos to WIN.