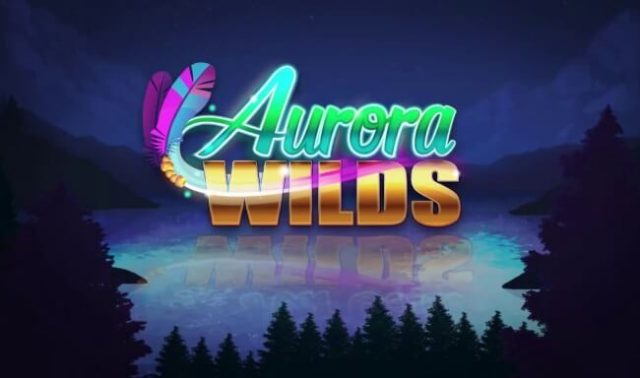 This week, we don’t only get to thank our lucky stars but also to follow them all the way to the glorious majesty of the Northern Lights. Microgaming has just released the very first title developed by its newest independent studio partner. Aurora Wilds by Neon Valley Studios is a celebration of the aurora borealis and presents to players the opportunity to make the best of all that the shimmering night sky has to offer.

Aurora Wilds features the almost surreal and perfectly luminous Pacific Northwest landscape on its 5 reels and 10 paylines. The game features dazzling artwork and is a true feast of the imagination. The soundtrack completes experience in magical ways. But more than the look and the feel and the wonderful sounds, it’s the special features that ultimately prove to be the true game changers.

Neon Valley went all out on the win and has incorporated everything from expanding wilds to paylines that pay from both ends to a special Jackpot Wheel. The wild symbols really make the game. Wilds land on reels 2, 3 and 4 and when they do after having zoomed past, they instantly lock into position and expand to cover the entire reel.

This in turn triggers the game’s re-spin feature. In addition to the wins awarded during the initial wild round, the reels then continue to spin one more time with the expanded wild now locked into position. The wins made possible by this feature truly are endless.

A fresh new addition is the Jackpot Wheel bonus round. The bonus round is triggered by landing three of the game’s scatter symbols anywhere on the reels. Once the bonus round has been triggered, a giant Jackpot Wheel appears in view. The wheel then spins away and once it slows down to the eventual standstill, it may award to the player anything up to 2000x the initial bet! Now that’s stunning bonus round value right there.

The game really does present players with excellent win potential, as pointed out by Microgaming’s Director of Global Operations, James Buchanan. Microgaming is exceptionally proud of what the Neon Valley Studios team has managed to achieve, said Buchanan, and especially of the fact that the latest addition to the Microgaming family has managed to set the bar exceptionally high by having created a truly superb debut slot game.

Aurora Wilds has been officially released to all Microgaming-licensed operator partners.

Get the reels spinning to get WINNING. Play the HOTTEST new slots ONLINE!