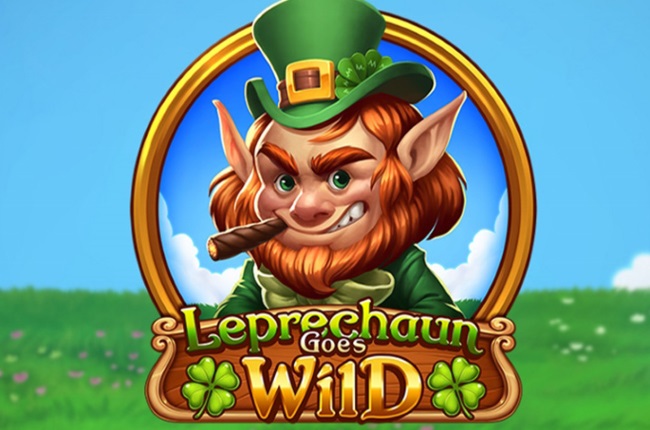 It’s time for a bit of Irish luck to grab hold of the new year, and thanks to the genius collective creative force that is the development team at leading iGaming giant Play’n GO, gaming is about to hit the Irish countryside with a big bang.  This is all thanks to the company’s new Leprechaun Goes Wild online slot.

Hot off the creative drawing boards, the latest slot by the award-winning developer is yet another addition to the company’s popular Leprechaun series of slots. Other titles already published as part of the series include Leprechaun Goes to Hell and Leprechaun Goes to Egypt; released in 2016 and 2013 respectively.

5 reels and 4 rows of Leprechaun Goes Wild are a charm and perfectly complimented for win by 20 fixed paylines. The mischievous band of leprechauns rally their combined forces and come up with a Rainbo Revolution. The result is heaps of pots-o-gold to everyone willing to support their money-making plans.

There’s absolutely nothing commonplace about the latest Play’n GO creation. The slot’s reels are populated by a variety of Irish-themed symbols and even the lower-paying playing card symbols are creatively and colourfully draped with flower arrangements. The slot is a creative games masterpiece if ever such a thing were possible, with a theme so seemingly simple. Play’n GO certainly has an expert knack of turning the most usual of ideas into simply extraordinary creations and Leprechaun Goes Wild is all of that and so much more.

Winning Is For Everyone

But the most exciting thing about the latest release from the award-winning developer is that this is a game that, true to its name, is a wild win ride like no other. Wilds fall way more often than what is generally the case with slots from any given developer and when this happens, up to 40x the player’s current bet may be won. Talk about wins falling into players’ laps in return for minimum effort and investment.

Play’n GO has all throughout been generous about awarding wins and their latest stunning release is yet again a firm testament to this fact. The slot may be of a slightly higher volatility than what has generally been the company’s want but that doesn’t at all mean that there aren’t bags of lucky leprechaun cash to be won.

And best of all is that you’re not even required to part with the maximum allowable bet in order to really strike it rich! Leprechaun Goes Wild is available on desktop and mobile, and you never know when you might get our hands on the pot of gold at the end of the rainbow.

See if YOU can be a WINNER. Try your luck in ONLINE slots!