Jungle Jim And The Lost Sphinx Is Now Live 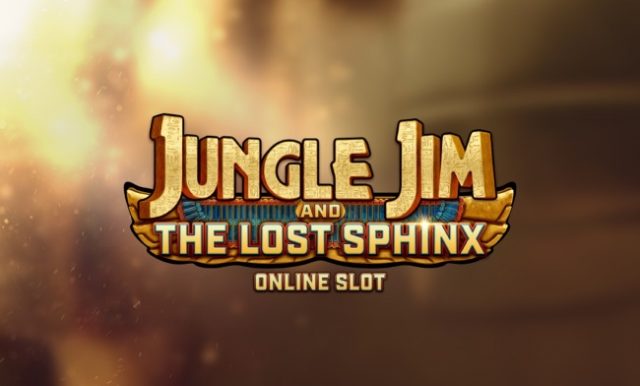 There probably isn’t such a thing as a fan of adventure-style slots that isn’t familiar with the special antics and adventures of Microsoft’s Jungle Jim. The best news ever is that the iconic Jungle Jim is officially back on the reels for another super adventure, thanks to the Stormcraft-developed Jungle Jim and the Lost Sphinx.

Jungle Jim is obviously not yet adventured out, as the new slot is set straight after his epic El Dorado quest for lost treasure. This time round however, it’s the mysterious Egyptian desert that gets Jungle Jim’s inner adventurer to come out full force. Our adventurer is supported along the way by a number of bonus mechanics and features, and independent developers Stormcraft Studios obviously went all out the signature trademarks front.

Jungle Jim and the Lost Sphinx make use of the Rolling Reels as well as the Win Booster, both of which are highly popular Microgaming-registered slot mechanics. The 5×4 grid is kitted out with a total of 35 paylines, which already makes for exhilarating gameplay. But that’s not all, because this setup expands to a 5×5 reel set-up and 50 paylines at key stages throughout the progression of the game.

That’s not to say that the 5×4 base game get-up is anything to smirk at. The 10x multiplier meter is ever present at the top of the screen, and each consecutive win makes the bonus meter to apply one more multiplier to the line win. It may seem a simple concept but it really makes a big difference when those wins start to fall in quick succession.

Multipliers For The Big Win

Once three consecutive wins are registered, the entire grid undergoes a transformation and the player is then looking at a 5×5 grid and 50 paylines for the reward. Better yet is that at this point the multiplier value will have been increased to x4 and a non-win on any spin will result in a single free spin being awarded.

However, the ultimate experience is to be had once the free spins bonus has been triggered. This particular piece of magic happens whenever the bonus Sphinx scatter symbol lands 3 or more anywhere on the reels during a single spin. 12 free spins are immediately up for grabs. And to those lucky enough to land a special golden Sphinx on the middle reel, a multiplier of 20x the line win will be instantly applied.

Available for play on desktop and mobile, Jungle Jim and the Lost Sphinx looks set to be yet another amazing adventure themed online slot that’s sure to be a smash hit.