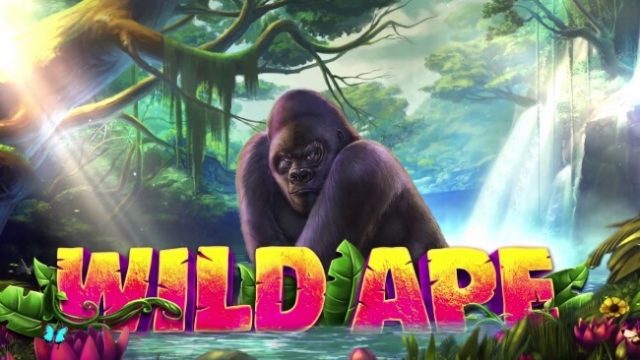 If the mad and whacky antics of wild apes are your idea of fun then look no further than iSoftBet’s newly released Wild Ape slot. It’s a whole lot of swinging wild ape action and its featured and released as part of the developer’s Xtreme Pay Series. The game was created in HTML5 format and is as such fully compatible with all major operating systems; both on desktop as well as mobile.

The Wild Ape scene is perfectly set in the innermost parts of tranquil and peaceful jungle. Many different forms of animal life are featured on the game’s reels. The intricately created symbols include lemurs, crocodiles and beautifully coloured exotic birds. The developers have obviously gone all out in an attempt to create the ultimate authentic jungle feel and judging by the look and overall feel of the slot, it most definitely shows.

The game features 40 fixed paylines and is played on 5 reels. The betting options accommodate most bankrolls, with only 20 credits in total required to get the reels spinning away. The game’s maximum bet has been fixed at €20 for a spin, catering for the high rollers too. In addition to the special animal symbols, there are also a collection of lower-paying playing card symbols appearing from time to time on the slot’s reels.

A number of special features have been incorporated into iSoftBet’s latest entertainment creation. These include a special re-spins feature. Wild Ape re-spins are activated whenever three or more Wild Ape special symbols appear on the reels. When this happens the feature will automatically be activated and all of the Wild Ape symbols on the reels will turn wild.

There is also a very special bonus symbol present. If landed on reels 1, 3 and 5 in simultaneous fashion, Bob’s your uncle because you’re in for a special free spins bonus round treat. iSoftBet hasn’t been stingy on the reward either because the special Bonus Wheel has the capacity to activate up to 20 free spins and 50 additional bonus symbols throughout the course of the feature.

Those players lucky enough to unlock the Free Spins Extended Reels feature will see the entire jungle be transformed before their very eyes thanks to the addition of more reels to the grid. This obviously opens up a magic portal to some massive wins as an extra special bonus reward.

Wild Ape slot is now available at all iSoftBet-powered casinos and can be enjoyed on desktop and mobile.

Experience the THRILL of big jackpot wins! Play slots and so much more online.