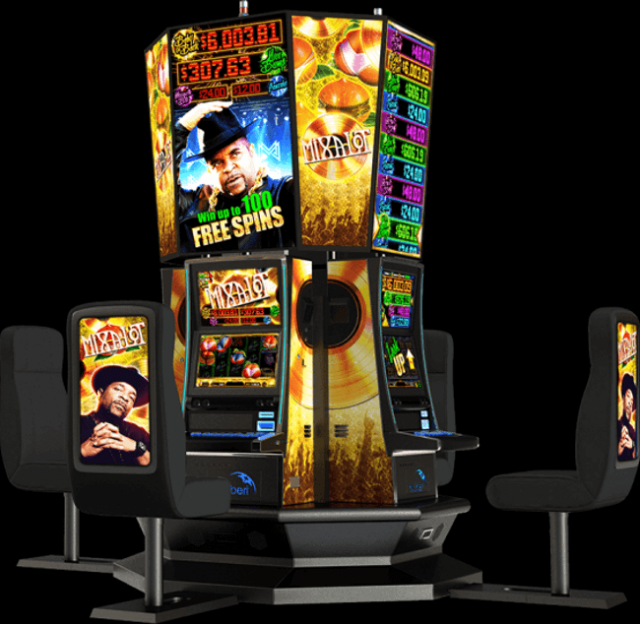 Admit it or lie and deny it: we are a very nostalgic species. And feeding that nostalgia is one of our most favourite pastimes. Just ask software developer and games cabinets’ manufacturer Blueberi. The company has just released a new slot featuring a real blast from the past. If the tagline “I like big butts and I cannot lie” sounds familiar to you, that’s because it hails from the 1990’s hip-hop scene, when it was made famous by none other than the amicable Sir Mix-a-Lot. The song of course, the smash-hit wonder “Baby Got Back”.

“I Like Big BUCK$” has just made its appearance in the way of a penny slot machine at the San Manuel Casino in the US, and its already drawing a lot of attention from all over. The game features everything from Sir Mix-a-Lot’s avatar to various snippets from the classic hit.

All The Best Slots Features

There is a jackpot and there are bonuses to be won too. The game features more recognisable elements from the song on its reels. Symbols include a cassette tape, a rotating telephone, a sport scar and a microphone. Free spins are part of the I Like Big BUCK$ deal too.

This is obviously not the first time that the song has been revamped and reincarnated in various entertainment sectors, and it will in all likelihood not be the last time. Who here can forget Cameron Diaz’s little dance to it in Charlie’s Angels? But granted, this is the very first time it’s been treated to its very own video slot game.

Developers are leaning more and more towards creating classic games with a bit of a twist. Players want to remember the themes that once made them happy and entertained them. Slots are bringing back fond memories much the same as music from a particular era. As for young adults not old enough to remember all of the old hits; to them it’s a chance to get to know something new; to perhaps discover for the first time the themes and characters held so fondly in the hearts of older players.

Nostalgia is a beautiful thing when viewed from this particular perspective; a way bridge a seemingly gaping divide between generations and a global language that proclaims: we’re all different, but we’re also the same; we’re individuals, but we’re all just human.

If you want to win BIG BUCKS, play slots online. Huge jackpots are waiting for you!