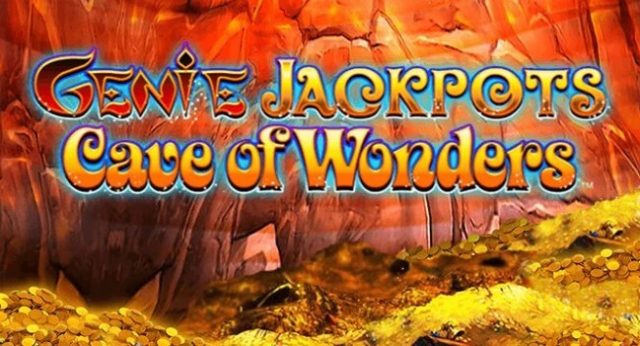 Classic fruit-style slots will never go out of fashion. Nothing says classic casino fun quite like the old bell and 7. Blueprint Gaming clearly intends to make the most of the real fruit casino fun thanks to the developer’s latest slot title release. Genie Jackpots: Cave of Wonders not only ads a special dose of magic to its already popular Pub Fruit Series, but it also marks the return of the especially popular Blueprint-created Genie character.

Blueprint’s initial Genie slot was a superb hit among players all over the licensed world and by bringing back the beloved character, and this time round into a classic fruit setting, is bound to go down a real charm with slot players all over.

Genie Jackpots: Cave of Wonders is a celebration of the best of classic casino slots, and the game offers a staggering total of 16 different special bonus features. The game is presented in full portrait mode, creating a feeling of room for movement and space for the wins to fall. All of the characters of the original Genie slot make their return in the new release. The only difference is that this time round, they are joined by an entire clatter of fruit symbols!

Filling the kitty isn’t at all hard thanks to the many opportunities to bag sacks-full of cash and it doesn’t take much to realise that Blueprint is this time round gunning for a game that pays often and pays well. The highlight of the new title is without a doubt the Cave of Wonders. Entering the cave is made possible by landing three or more lamp symbols anywhere on the reels. Once inside the cave, players have the opportunity to lay claim to slew of top-dog cash prizes thanks to the Genie’s generous hand of favour.

Blueprint Gaming is now officially the Gausselmann Group’s flagship brand. The group managed to expand its reach in the UK by considerable measures when it first acquired Blueprint, with the developer now having been made an official subsidiary holding division.

The developer has gone from strength to strength over the course of the last couple of years and its not at all difficult to deduct why this is so. Blueprint’s games are of an exceptionally high quality and its no wonder that players keep on coming back for more.

Spin the slots reels for a chance to win BIG. Hit the JACKPOT online!