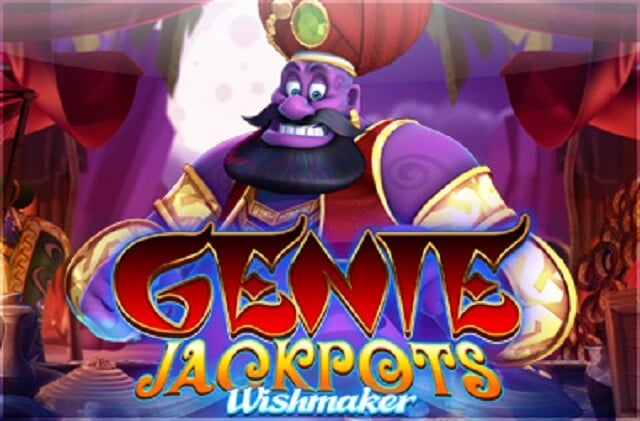 Blueprint Gaming’s new Genie Jackpot Wishmaker marks the return of one of the most popular online slots characters ever created by the star developer.

The official release is the beloved genie’s fourth star appearance on the reels as he invites players to join him on yet another purely magical online slots adventure. His magic lamp now freshly dusted off and ready to explore, Blueprint’s legendary genie is reportedly more than ready to create even more ways to win than before.

Blueprint’s Genie Jackpot Wishmaker features a stellar array of all-new money-making bonus features. These include everything from several new bonus rounds to wins-boosting reel modifiers and a gigantic prize pool.

Played on 5x3 grid, Blueprint’s latest creation features 20 paylines and maximum wins of up to 1,000x the player’s basegame bet.

Many of the old favourites make a repeat star symbol appearance on the new release’s reels. These include a sack full of jewels, a pair of shiny swords, a turban covered in precious gems, and the famous book of wishes. Playing cards Jack, Queen, King, and Ace represent the lower-paying standard symbols.

Special symbols and features include the win-making Genie Jackpots Wishmaker bonus logo symbol, the slot’s magic-carpet-riding smiling monkey wild symbol, and the Genie’s Big Money Bonus round. The latter remains a firm favourite among fans of the popular series, and this time round, players can potentially win up to 1,000x the value of their current bet during said bonus round.

The popularity of Blueprint’s beloved genie character knows no bounds. Originally a slot from The Goonies family tree, Genie Jackpots Wishmaker is according to Blueprint Gaming marketing and relationships director Jo Purvis, yet another star addition to one of the industry’s most recognisable non-branded iGaming franchises.

Since the slot is incredibly feature-rich, it can be expected to very soon grab the attention of a whole new European audience, explained Purvis. Catering to a new generation of players interested not only in direct wins, but instead, in the several different ways in which a single spin of the reels can result in significant and potentially big wins, Genie Jackpots Wishmaker is perfectly primed to become an absolute smash hit.

Blueprint’s famous genie previously starred in the popular Pub Fruit Series of slots, the Megaways version of the aforementioned game, and obviously also in the original Genie online slot release.