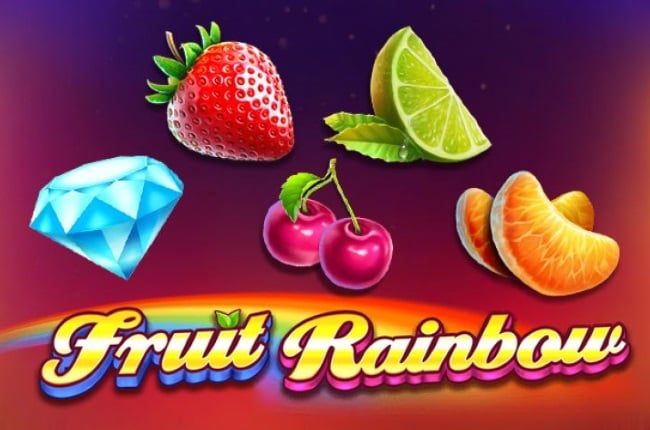 Pragmatic Play has just released a colourful new take on the old classic fruit machine slot. Fruit Rainbow is the latest creation by the brand, and certainly promises to live up to the leading developer’s quality online slots reputation. The 40-payline game features fruit symbols in all colours of the rainbow, exciting rainbow Wilds and a special multiplier bonus of up to 2,000x the current bet to boot.

The developer describes its new slot as a “zesty” adventure themed around all the colours that the rainbow has to offer. Its a game that’s supposed to be fun and the makings of hours of entertainment on end. It’s also a title Pragmatic Play Chief Commercial Officer Melissa Summerfield is especially proud of. Summerfield describes Fruit Rainbow to be a thrilling new twist on a classic casino concept.

If anything, Fruit Rainbow goes all out on the special features front. The game’s diamond scatter truly steals the show and landed 5 or more during a single spin of the reels, pays out at 500x the player’s bet for that particular round. But that’s not all as far as massive multipliers go. If the reels happen to be filled with stacked Rainbow Wilds, Fruit Rainbow will pay out 2,000x the player’s current wager.

The stacked Rainbow Wilds are without a doubt the stars of the Fruit Rainbow show. These truly offer players the chance to bag some pretty amazing bulk-loads of cash. Pragmatic Play certainly has outdone itself this time round because a classic fruity experience with a “thrilling twist” is exactly what its new Fruit Rainbow slot is.

Aside from high-quality slots offering exceptional entertainment value to players all over the regulated world, Pragmatic Play also happens to be one of the most prolific developers in the industry. The award-winning development team produces up to 4 new games each and every month of the year.

Pragmatic Play offers to operators and players content that is as engaging to the end-user as what it is simple and easy to integrate with the operator’s brand-platform. Pragmatic develops not only online slots, but also a range of live casino games, all of which are readily available via an operator-friendly once-off API integration.

Pragmatic Play has dominated the new slots development scene for many years, competing with big-industry giants like Microgaming and Playtech. Pragmatic is licensed in various jurisdictions all over the world and the developer’s games are available in most of the world’s leading currencies and languages.