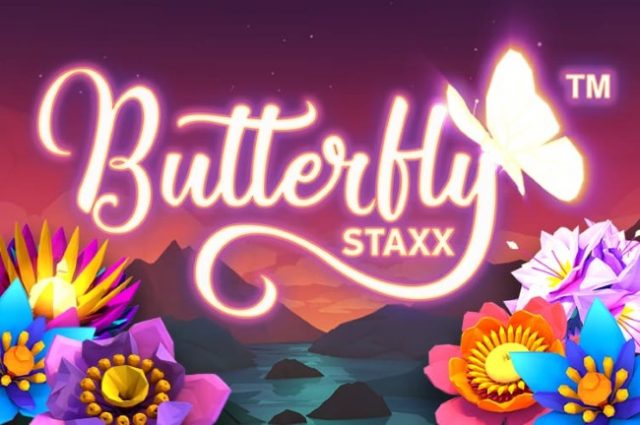 Casino software NetEnt is expertly versed in the art of stepping it up a notch. This is yet again evident following the recent release of the newest addition to its award-winning portfolio of slot games. The new Butterfly Staxx 2 slot is a sequel to the original Butterfly Staxx release and according to NetEnt, was designed specifically with a modern and much more demanding player profile in mind.

The game features 5 reels and 40 paylines and the aim is to create match-ups between a collection of butterfly and flower symbols. The layout and symbols are colourful and its obvious that NetEnt kept to the original style employed in the first release in the Butterfly Staxx series of slots.

Butterfly Staxx 2 features an impressive selection of special features. There are re-spins, wild symbols and even a Pick’em bonus for everyone’s enjoyment. The game has a simple look and feel to it but will, according to its pre-release information, surprise players by being capable of awarding some pretty amazing win results.

It must be said that this concept has stood central in the majority of slots released by NetEnt to date and the old adage of looks being deceiving immediately comes to mind. NetEnt has been 100% committed towards creating the best and most enjoyable player experience out there and the second instalment in the Butterfly Staxx series appears to be no exception to the general rule of thumb.

Butterfly Staxx 2 is perfectly compatible with all major desktop and mobile operating systems and as such can be enjoyed at home and on the go. Director of Games Bryan Upton commented on the new release and said that the intention on the part of NetEnt was to create a title that would signify a true sequel to the initial (and highly popular) Butterfly Staxx slot release.

Upton said that the existing mechanic employed in the first release proved to be exceptionally popular among players and that this particular mechanic has been amplified in the sequel. Players will find that the casino game appeals to a discerning and demanding grouping of clients and this, said Upton, was what NetEnt had hoped to achieve right from the start.

Butterfly Staxx 2 is now available for play at all NetEnt-licensed online casino operators.

Spin the reels in search of a GIANT jackpot! Play TOP SLOTS online.