Blueprint Makes For the Return Of King Kong 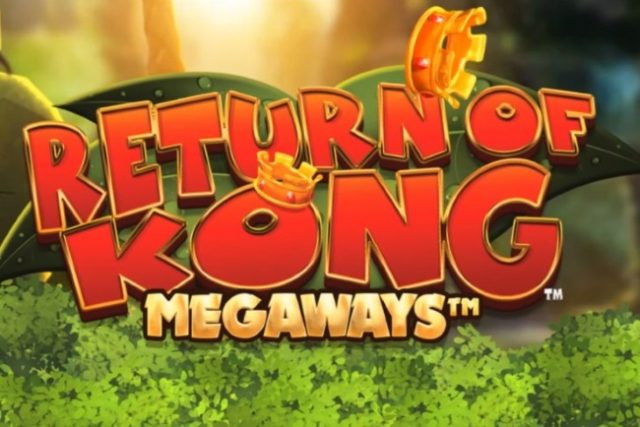 Leading UK casino software developer Blueprint Gaming has been fusing full speed ahead in the development race. The latest game to have come from the ranks of the winning team is a follow up to its King Kong Cash slot in the form of its new Return of Kong Megaways slot. And what an eventful return it’s proving to be!

More reels, more rows, more colour and many more ways to win is the makings of this delightful new slot. Best of all is that the entire original King Kong Cash cast returns to the reels for another Kong-sized adventure. The feisty tiger, the rumbling rhino and the prudent parrot – they’re all there for everyone’s enjoyment.

Not Your Usual Slot

The game features not the standard typical 5, but 6 reels, making for more winning possibilities than ever before; and as many as 117,649 different ways to win! Five symbols populate each of the middle four rows, and 4 symbols appear on reels 1 and 6.

The special Megaways feature enables the awesome winning possibilities, which is of course a stellar invention by the team at Big Time Gaming. This makes provision for the appearance of a special 7th reel towards the top of the screen. In addition to the game’s featured symbols, players will also encounter lower-paying playing card symbols on the reels, just to mix things up a bit of course.

A Game With Appeal

Kong, being forever in touch with his inner raven, is in love with all things shiny. In keeping with the theme, Blueprint has elected to include a series of gold medallions. But the medallions serve a purpose higher than merely keeping the gold-mad Kong at ease. By accumulating gold medallions, players are able to trigger the slot’s special bonus free spins round. Three gold medallions anywhere on the reels will active the free spins.

As if winning wasn’t exciting enough, Blueprint has included an added bonus feature whenever consecutive wins are registered. A rising multiplier increases with every consecutive win landed on the reels and its up to anyone to imagine the awesome winning possibilities thanks to the inclusion of this bonus feature.

Kong returns guns a’blazing in Blueprint’s latest release and it’s a true slot adventure that will resonate with every sort of player.