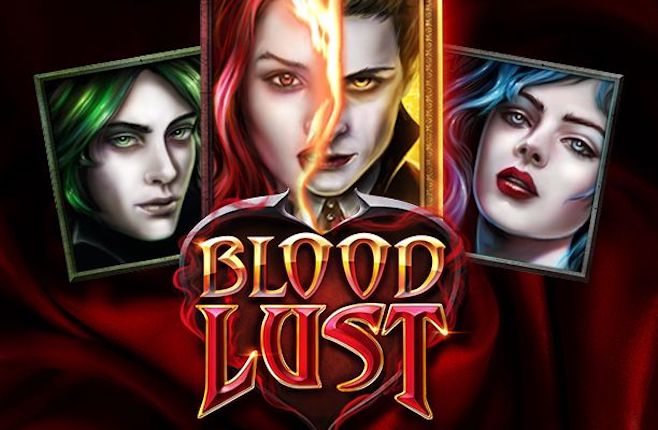 Leading online casino games developer Elk Studios is playing its part in keeping us home and occupied. Elk has just released a new online slot and this time round, it’s a vampire-style scare adventure that’s headed for our screens. Blood Lust is a 5x3 online slot featuring a host of special features, including stacked reels, 99 win-making paylines, respins and bonuses to call home about.

The respins are without a doubt the stars of the Blood Lust show. Three bonus candle symbols on reel number 5 will instantly trigger a the respins feature. Respins are a great way of boosting wins in incredible ways as consecutive spins earned in this way are played completely free of charge. And more changes mean more win combinations and more money in the bank.

Respins For The Win

But that’s not all the respins bonus rounds are all about because whenever the slot’s signature bonus symbol is landed in increments of 3 or more anywhere on the reels, the game’s extra free spins bonus will be automatically triggered.

One the free spins bonus has been triggered, something very exciting begins to happen to the side of the reel-set. A vampire meter begins to fill and will fill a little more each time a vampire symbol lands in the area immediately surrounding the bonus scatter symbols. Once the meter is full up, all vampire symbols are automatically replaced by super-bonus Dracula symbols for as long as what the free spins remains in play.

Blood Lust is of course not Elk Studios’ first ever online slot. In fact, its only the latest in a long line of highly entertaining titles to have been released by the award-winning developer. In fact, Elk as recently as March released its previous new slot. Micro Knights may not be nearly as bloody or vampirey as Blood Lust, but its every bit as action-packed and rewarding.

The mission at hand is to support the esteemed Sirs Count, Smash and Charge in their plight to protect the king’s castle and the kingdom of the inhabitants. The slot is exciting and fast-paced and offers many opportunities in which to win some pretty handsome cash prizes.

Both games are now available to play, and both attest to Elk’s keen knack for developing slots that are both entertaining as well as completely unique.

Enjoy the tastiest slots ONLINE! Play to win at a Canadian-friendly casino.