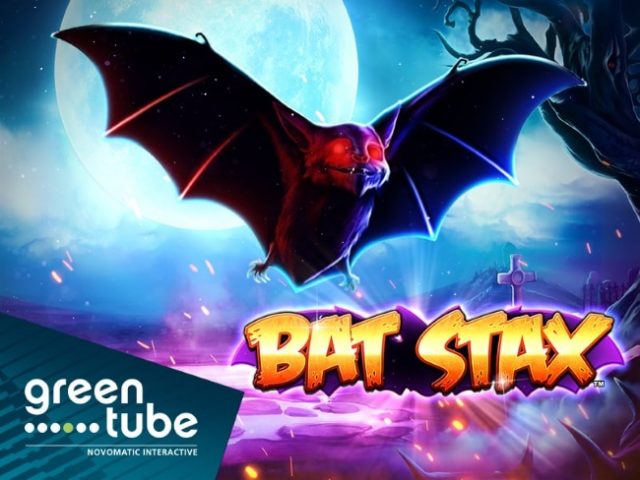 If spooky and scary and bats and black cats are your idea of a good time, then be sure not to miss out on the brand new Halloween-themed slot release by top casino games developer Greentube. Bat Stax is the latest genius release to come from the ranks of the Austrian developer and its being released just in time for Halloween.

Bat Stax features 5 reels and 20 paylines and is now available and live at all Greentube-licensed operators. The developer recently published a press release and said that those players looking to get in on some Halloween fun will find the latest slot at any of a variety of operators, including 888Casino, BetPlay, RushBet and EPlay24.

Bat Stax is 100% mobile-friendly and is as such compatible with all major mobile brand names and operating systems. It has all of the most popular slot instalments and features worked into its creative mix, including wild symbols and pumpkin bonus scatters.

Summoning 3 or more pumpkin scatters onto the spooky reels during any single spin will active the Bat Stax free spins bonus. Being smiled upon and favoured by ol’ Lantern Jack can result in anything up to 25 free spins. Better yet is that whenever the free spins are in session, only two adjacent bat stax symbols are required to register a guaranteed prize.

The Thrill Of The Scare

Bat Stax is the latest in a super line of exciting releases to have recently been launched by the Novomatic AG subsidiary. Other games released since August include Diamond Link Mighty Elephant and Heart of Egypt, both of which have instantly rocketed to popularity heights.

The developer has consistently shown itself to be a creator of top quality and truly engaging slots and each game released is better and more popular than the one before. Greentube invited players to give Bat Stax a go by way of an official press release and said that the “slot is perfect for players who love a little fright while spinning the reels by moonlight”.

What with the industry now entering the final phase of the year and also the run-up to the Christmas holidays, we’re bound to see a great deal more top titles released by developers working in the casino industry.

Players love themed slots, and Halloween remains one of the most popular top slot themes of all.