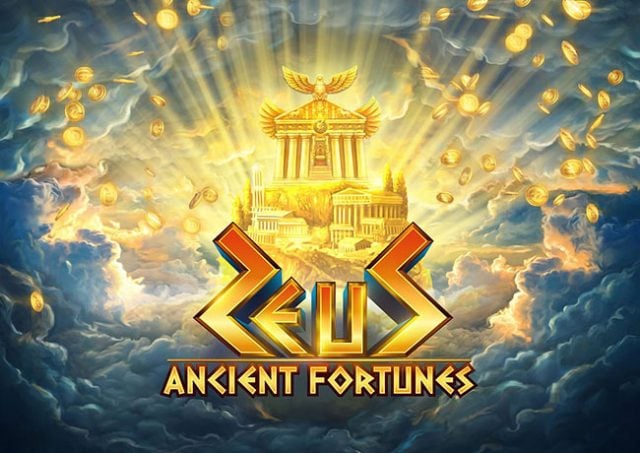 It won’t be too long before Microgaming fans can enjoy yet another new title from the behemoth developer. Ancient Fortunes: Zeus is set to debut at casinos this February, and will offer massive potential payouts and godly graphics to bring the legends of ancient Greece to life.

So far, it has been confirmed that the slot will boast 5 reels and 10 paylines, along with top base game wins of up to 625x your base game stake. The title will also have multipliers of up to 21x to amplify your winnings in the free spins round, not to mention wilds and the epic Rolling Reels feature as well.

Betting in Ancient Fortunes: Zeus will start from just 0.10 per spin, meaning that each line has a minimum stake of 0.01 attached. On the other hand, if you’re all about those big cash fortunes, you can wager as much as 70.00 per spin, which translates to a stake per line of 7.00.

As mentioned above, the largest regular win available in Microgaming’s upcoming slot is 625x your bet. However, when you add multipliers and Rolling Reels to the mix, you get a much more impressive potential payout of 13,000x your stake or more.

So far, experts are looking forward to the Rolling Reels feature as being the most lucrative and immersive in the new title. Not only will you be able to enjoy an Avalanche-style cascade of symbols on the reels, but you will also be privy to up to 7x multipliers that will be applied during regular spins – not to mention 21x during the free games.

All you need to achieve in order to trigger the multipliers is a few consecutive wins in the Rolling Reels mechanic. With each new wave of wins that you land, you will earn yourself a bigger multiplier until it hits its maximum limit of 7x. There is also a standard wild in the base round that can be used as a replacement for other icons. This wild comes in the form of Zeus, the Greek god of lightning himself.

Another fantastically profitable feature to keep an eye out for it’s the free spins. Activate them by landing three or more Lightning Bolt scatters on the reels to claim between 10 and 20 spins, depending on how many scatters you managed to land. You can even retrigger the round while it plays to a maximum of 70 times.

Last but certainly not least is Ancient Fortunes: Zeus’s theme. Based on the mighty gods of Greek folklore, you can expect to see the likes of Zeus, Ares, Hermes, Poseidon and Dionysus on the reels, along with krakens, vultures, snakes and panthers as lower-paying icons. Keep a look out for this epic new title at Microgaming online casinos this coming February!

Get those reels rolling and get WINNING!
Now is the perfect time to play slots online.