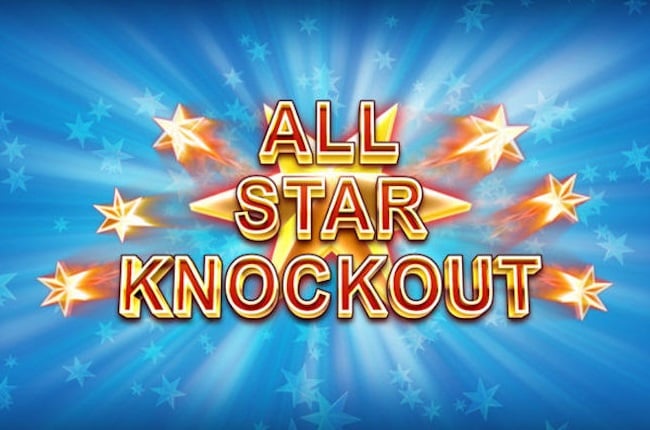 There’s a brand-new Yggdrasil Gaming slot on the entertainment block, and according to a recent press release issued by the gaming giant, its new All Star Knockout game is by none other than YGS Masters partner studio and prolific creator of leading slot titles, Northern Lights Gaming Limited. The Silema-based slots giant made use of an official mid-week press release to reveal to the industry some details about its latest game to see the light.

All Star Knockout is the second title to be released by Northern Lights Gaming under the YGS Masters umbrella, and if its anything like its predecessor, then it’s going to be an all-time reel spinning hit. 5 reels and 20 paylines make for an action-filled setup chockful of multipliers, free spins and a whole lot of slots fun.

Box Full Of Stars For The Win

An added bonus in All Star Knockout is the inclusion of a special box filled with stars feature. The feature is referred to as a bonus board and presents players with the opportunity to randomly land bonus stars icons on the reels. Players are at the start allocated twelve randomly awarded icons. These will, once activated, trigger the free spins bonus round in the event that one or more of the presented boxes are by a stroke of pure luck, filled up with stars.

According to Yggdrasil Gaming Head of Partner Strategy and Sourcing, the latest slot by Northern Lights isn’t only a valued addition to the existing portfolio, but it’s also proof of the success of the YGS Masters approach.

McCarthy spoke freely on the topic of how much of Yggdrasil’s success is connected to the company’s YGS Masters model of independent studio development. He also referred to the developer’s new publishing division and said that the launch of this particular division will only serve to establish even further Yggrasil’s industry-wide status as a leading development platform in all of the industry, world-wide.

All Star Knockout is a colourful new take on a typical classic Vegas-style fruit machine. But unlike the Fruities of old, this one comes kitted out with a whole lot of jackpot bonus features to boost your wins.

Get YOUR hands on a JACKPOT. Play top online slots TODAY!