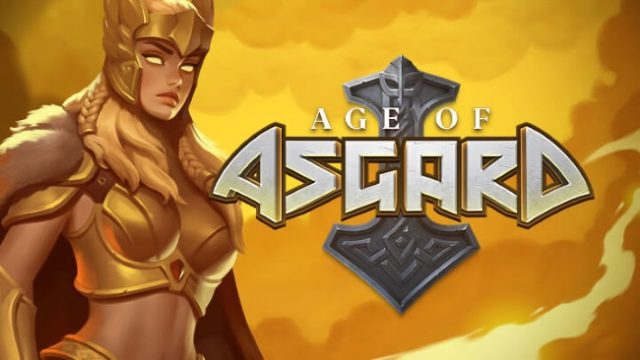 Yggdrasil Gaming is particularly fond of the mysteries of Norse mythology. We’ve seen a number of top Norse-themed slots come from developer’s ranks and its just added yet another similarly-themed title to its impressive and every-expanding portfolio of games. If Norse mythology is your thing, then Yggdrasil Gaming’s Age of Asgard is sure to provide hours worth of gaming fun.

The game’s standard 2 x grid-sets undergo a complete metamorphosis whenever three or more of the slot’s bonus Free Spins symbols land in scattered fashion anywhere on the reels. The result is a super-size 5×6 grid and it’s a win all the way for the player.

It’s at this stage of the game that the wild symbols grow even bigger still. The initial reward is a starting tally of 10 free spins, but more and more may be added into the mix as the action on the reels progresses. One can only imagine the positively amazing win opportunities made possible by the free spins transformation.

But the piece de resistance of Age of Asgard is without a doubt the Ragnarok Free Spins feature, which is triggered by landing 6 Free Spins symbols on the reels. Because when this happens, a mind-blowing total of 20 free spins are awarded. But that’s not all; during the awarded 20 free spins, only high-paying symbols and wilds will appear on the reels. One can only begin to imagine the incredible win potential!

Yggdrasil, in the meantime, is as proud as ever about its latest creation. Yggdrasil Slots Product Owner Natalya Ovchinnikova is hardly able to contain the team’s excitement about the latest release to have come from its ranks. She described the Ragnarok Free Spins feature as one that will absolutely rock the worlds of Yggdrasil’s loyal player fan-base and said that neither she nor the rest of the development team could wait any longer to see how Yggdrasil’s players and global operators would react to the developer’s latest stunning creation.

Age of Asgard is now live to play exclusively at GVC Holdings’ operator brands and follows hot on the heels of the recent Halloween release, Blood Moon Wilds.