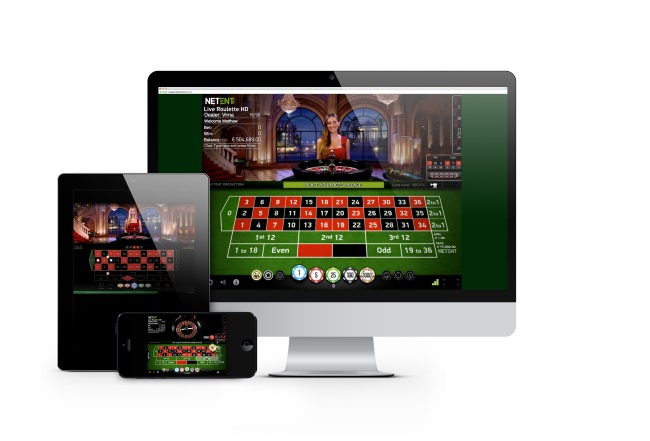 Creating an already-fantastic product isn’t enough; at least not when you’re a major global casino games giant like NetEnt AB. The developer/supplier recently announced a massive and exciting new update to its existing live dealer portfolio of games. Those who love to play live Roulette on their mobile phones can now look forward to an even better gaming experience than ever before.

What NetEnt has basically done was to optimise the display of its live Roulette games across multiple display orientations. Some of the improvements to have been applied to the portrait screen orientation include the inclusion of a “18 Recent Numbers’ feature so as to improve usability, but at the same time remain uncluttered and easy to navigate.

Improvements To Both Screens

Those players preferring landscape view to portrait view will notice that they are now able to access a total of 34 “recent numbers” on display alongside their games. NetEnt also confirmed having included new “dynamic camera angles” so as to ensure that not a single moment of the live Roulette action is missed. In addition to the extra vantage points now included in the game, the developer has also made available super-quick access to data relating to game statistics (including historical statistics) as well as a new and improved “favourites” tab.

NetEnt during the time of the announcement proudly confirmed that following the latest display updates, no other supplier’s live Roulette offering currently available to players offers the same levels of immersive “portrait and landscape” streaming. NetEnt believes that its product is currently trending at the top of the quality list, what with streamed videos covering nearly 50% and nearly 100% of the display screen at any given time.

In addition to the display orientation enhancements, NetEnt has also launched a brand-new live Roulette feature referred to as the “Racetrack” feature. The latest functionality to have been rolled out by NetEnt will enable players to engage in seamless and uninterrupted play.

The new feature will enable players to place sets and groupings of bets without having to go through the paces of having to “clear the felt” after each and every bet. This requirement previously caused a great deal of frustration for players, especially since the nature of NetEnt’s Roulette offering is that it is live. Now that the ultimate time-waster is out the way, players will be able to move quickly between spins and draw maximum value from every live Roulette games session.

Experience the thrill of LIVE Roulette on the go. Play on your mobile NOW!