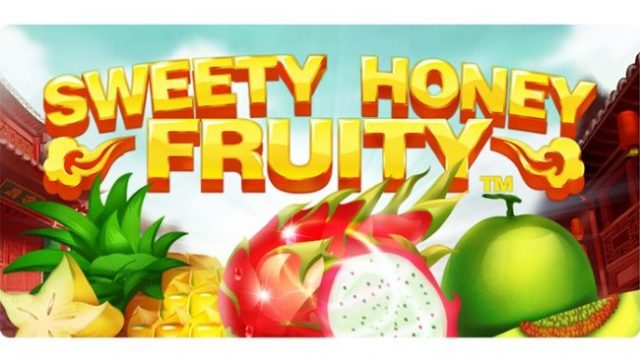 NetEnt has been expanding its slots portfolio at a dizzying pace. And the developer appears to have identified a gap in the Asia-themed market. Its latest release is a sweet celebration of all that is sweet and decadent Asia and is titled Sweety Honey Fruity.

This is no ordinary “just another fruit slot” and features symbols like dragon fruit and star fruit on the Oriental-inspired reels. 15 paylines are where the action is at and NetEnt has ensured that a dash of true tradition be incorporated by way of the game’s soundtrack. Sweety Honey Fruity features more than one wild symbol as well as a free spins bonus game. All wins tallied during the free spins bonus are awarded on the double thanks to the 2x multiplier sweetening the deal even further.

But despite NetEnt’s recent mad-pump on the release front, the developer is still not done for the year, as Director of Games Bryan Upton has revealed the great news that a total of two more slots will be launched before the current year is out!

Upton did not reveal anything about the theme of the two remaining games but did say that there will be some variety to come. NetEnt has, for as long as memory serves, been especially focused on providing slots with a wide appeal and in a variety of different styles and themes. Two more games for the final two months of the year sounds like a fantastic holiday deal, and the newly released Sweety Honey Fruity just makes it all the better.

NetEnt Is On A Protect Spree

Hard though it may be to believe considering the prolific rate of development followed by NetEnt so far, the developer has been doing a great deal more other than coming up with some of the best damn slot concepts in the business.

NetEnt recently called in the help of risk solution experts Live Fraud Solutions in an attempt to safeguard its Live Casino portfolio. The service offered by Live Fraud Solutions will enable NetEnt to combat the use of Roulette prediction systems, “bot” players, card counters, and more. All manners of fraudulent activity must be eradicated from its platform, said NetEnt at the time of the Live Fraud Solutions announcement.

By putting the necessary player safeguards in place, NetEnt not only protects its own income and business, but also its players from the onslaughts of cyber criminals. Thanks to developers like this, the online gaming world is returning to what it once was.

Spin the reels and WIN. Get YOUR hands on a JACKPOT!