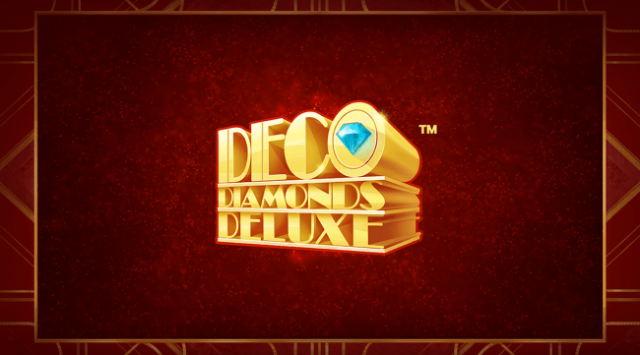 Microgaming is fully embracing the artsy and the decadently glamorous in its new Deco Diamond Deluxe slot, developed exclusively for the casino games giant by independent partner Just For The Win. The game pays homage to the 1920s art deco movement and it would certainly appear as if the developers working on this particular project carry a torch for that particular era in time. They’ve managed to capture the essence of the spirit of art deco and have brought it all together in a single superb packaged offering featuring five reels and nine paylines.

The slot has a highly volatile nature, says Microgaming in the official press release available to read on the developers website. The volatile nature of the slot makes for the perfect playground for a game that is both daringly opulent and rewarding at the same time.

Glitz On The Reels

Diamond-encrusted reels immediately catch the eye and on the reels players will discover everything from the glitzy Deco Diamonds Deluxe wild symbol to features like respins and a special Bonus Wheel. It all comes together in perfect bling harmony whenever two or three or more Deco Diamonds Deluxe bonus symbols land anywhere on the game’s reels. The special symbol triggers both the Respins feature as well as the Bonus Wheel Feature.

A single Respin is awarded every time two or three or four of the special symbols are landed, and three or four or five will instantly trigger the see-through three-tier Bonus Wheel. The three levels are silver, gold and diamond. Two symbols will trigger silver, three will trigger gold, and four Deco Diamonds Deluxe bonus symbols will transport the player directly to the diamond level. Both the silver and the gold levels also each contain level-up positions on the tiers, whereby a player may be promoted all the way up to diamond potential. It’s here that the big money starts to roll in, with jackpots of up to 1,000x the current bet up for grabs.

The initial Deco Deluxe slot was released by Microgaming during January of last year and proved an instant smash hit. Now that the concept has received the Just For The Win treatment, the expectation is that it will become even more of a slot game classic.

Deco Diamond Deluxe has been official released off the production press and is now live and available to play at all Microgaming-licensed operators.

Enjoy a decadent SLOTS experience online. Get the reels spinning and get WINNING!