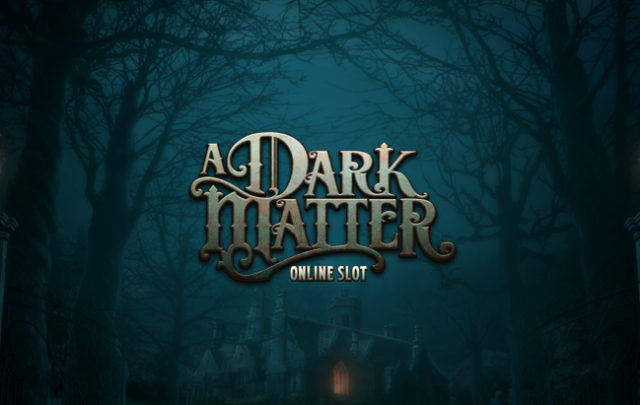 Let it not be said that big-time casino games giant Microgaming has been resting on its laurels. The developer’s independent studio model is arguably just the best thing that could have happened to the international online casino market, as evidenced by the recent influx of invigorating new games released under the Microgaming banner. The latest game to grace our screens is a creation of Slingshot Studios. A Dark Matter tells the story of a small and mysterious English town and an eerie old English manor called Wraith Manor.

The slot is absolutely themed around concepts of mystery and fright and the storyline has been so well defined that it would be easy to lose cognisance of the fact that it’s a slot and not a film experience. A Dark Matter is a high-volatility title played on 5 reels with 5 payines, and there’s much more the storied slot than what first meets the eye.

The mystery and suspense associated with Wraith Manor has captivated the minds of the villagers for many years. But only when folks start to disappear in the most mysterious of ways does the once peaceful village of Stonehurst decide to enlist the services of paranormal investigator and Scotland Yard police official Nathan Highmore.

And it’s as a result of Highmore’s involvement in the plot that players are invited to join in on the investigation that is going down on the reels. There are all sorts of special tactile weapons landing on the slot’s reels; weapons such as the supernatural power of Invading Wilds. Whenever they land simultaneously on reels 2 and 4, they spread their supernatural abilities to all adjacent reels, and thereby creating a fortress that consists of a block of 6 wilds. In the event that stacked wilds land on reels 2 and 4 during that same spin, the fortress expands even further so as to cover the middle reel too, and thereby creating a block of 9 wilds.

Every door needs a doorknocker, so as to enable a resident to be mindful of what evil may lurk on the outside waiting to enter. These symbols of protection double up as the scatter symbols and when three or more are landed anywhere on the reels during a single spin, whoever controls the game gets to enter the Manor’s Lounge where 12 free spins await.

For every additional doorknocker scatter landed on the reels for the duration of the free spins, one additional free spin is granted. A 2x multiplier during the bonus round makes for some pretty incredible win potential too.

A Dark Matter is now available on desktop and mobile casinos, and if you’re keen on solving the mystery and winning big, you won’t find a better game!