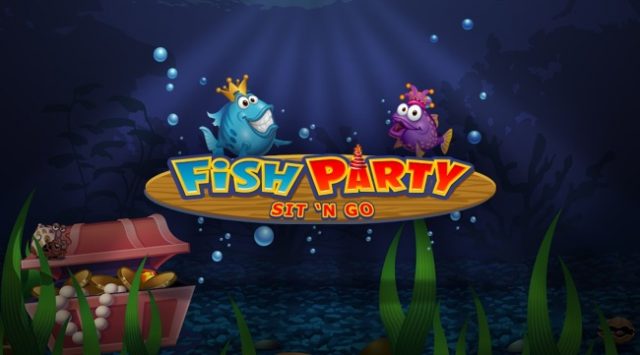 Fishing trips are great fun and many enjoy the activity as a means to relaxation. But we’re willing to bet that no fishing trip is able to beat Microgaming’s Fish Party Sit ‘N Go progressive jackpot when it comes to big-time rewards! The game’s jackpot has just been hit at an incredible €117,341.17. Now that’s a new high when it comes to reeling in the big one!

The game, which combines a slot game with elements of Poker, has to date paid out in excess of €1.5 million, and if more of the same keeps on coming as did during a lucky games session on Friday, March 29th, then this figure is expected to grow even more.

The game makes provision for a typical Poker-style tournament, and on March 29th, it was a standoff between a trio of players. miika295 (Finland), Stoffeloco (Sweden) and Jalihi, also a Coolbet player, will each be sharing in the prize money.  The Finnish player took the top spot, followed by Stoffeloco in second place, and Jalihi in third.

This is also the third time that the game’s jackpot has been won in 2019. To date, the jackpot has paid out a grand total of 30 times. The biggest win to date was registered in October of last year, when the slot’s jackpot dropped at an incredible €317,849.78. Incidentally, this also holds the record for the biggest win to date on the Microgaming Poker Network (MPN).

Microgaming has achieved a lot of success with its proprietary Poker network, and the focus has mostly been on combining slots with elements of Poker. Progressive jackpot slots remain popular all-year round, and by combining the basic mechanics with Poker, a whole new world of gaming excitement is revealed.

Microgaming isn’t the only developer to have incorporated elements of Poker into its slots. Others too, have found this to be particularly popular, especially among those players who enjoy both Poker and traditional video slots. To them, it’s the best of both worlds coming together. Admittedly, not everyone has enjoyed quite as much success combining two styles, as has Microgaming.

But then again, this should come as no surprise, because Microgaming certainly has that ever-elusive King Midas touch. Whatever they do, no matter how unconventional it may seem at first, ultimately turns to gold.

Get set for HUGE wins. Play for real money at a TOP casino online in Canada!