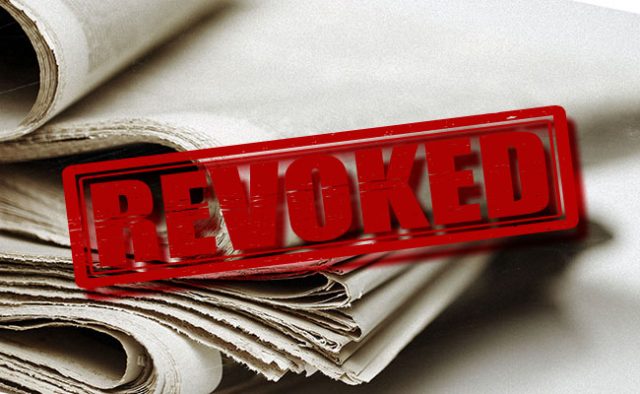 The Malta Gaming Authority has suspended the licenses of four of the gambling companies under its jurisdiction, and has ordered them to cancel their online operations with immediate effect.

The MGA is seemingly getting much stricter on licensees that do not follow its stipulations, which is evident in its move to terminate the licenses of two of the aforementioned iGaming operators. Another two firms have also had their licenses suspended indefinitely over the course of the past couple of weeks.

Early this week, the respected regulator issued an official statement informing the industry that it has cancelled the license of online gaming company Bet Service Group Limited. The firm in question supplies B2C betting services through its primary international brand, Gamebet.

Bet Service Group was reportedly instructed to proceed with the process of cancelling its authorization for supplying iGaming services under a Malta license, and to suspend all of its business operations “with immediate effect”. The operator was further told to display a notice on its website informing players that its MGA authorization had been revoked. At the time of press, however, no such notice had been displayed on the platform’s website.

Late last week, the regulator also cancelled the license of B2C supplier World-of-Bets EU Limited, which was initially licensed under the MGA back in 2008 to operate an online sportsbook. The firm was quick to cease operations after the regulator had terminated its permission to serve punters online.

At the same time, the authority also announced that it had suspended the licenses of both Morpheus Games (MT) and Betixx Limited. Betixx is a sports betting operator that was licensed under the MGA in 2013, and it primarily serves the German market. Up until recently, Morpheus Games also held a B2C permit from the Maltese watchdog.

The two aforementioned firms were instructed to suspend their operations indefinitely, and to stop accepting new players and cash deposits until they can provide the regulator with the documentation it has requested from them. In its statements, the MGA noted that it would not be revealing more details about what prompted its move to suspend and terminate the licenses in order to prevent future investigations from being compromised in any way.

The regulator also advised players at the four brands’ sites to send them an email with information should they have any outstanding payments to claim.

Malta-licensed gambling sites were in headlines in other parts of the world too, this time in connection to Norway’s battle against companies targeting its industry without being licensed. According to local news reports, six gaming operators licensed by the MGA (and the MGA itself) were sent warning letters by the Norwegian Gaming Authority to stop serving Norse players immediately.

Play at TRUSTED Canadian casinos online. Sign up and win with confidence!