Men and Women Use Online Casinos For Different Reasons, Generally 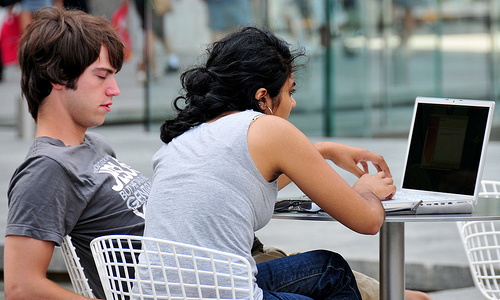 Two studies indicate that men and women gamble at online casinos in almost the same percentage but for very different reasons. Just a few years ago the number of men gambling online far exceeded the number of women but no longer. The findings that I will talk about here are far from absolutes. They should be seen as tendencies rather than hard core absolutes.

My point in launching this discussion here is to indicate that for an online casino to be successful over time it should take into account the general but discernible differences in the way women gamble at online casinos and the way men do so. As a point of marketing, if more men play a specific type of game, then the marketing for that game ought to reflect that fact.

– There's Something for Everyone at All Slots –

Women tend to bet to fantasize, relax, and unwind. It is a bit of a cliché to say that far more women than men play romantic slots but statistics bear this observation out. Women also use online casinos in a manner similar to how they use social media.

The Role of Social Media

Women like to use social media more than men. Women use social media to become and stay involved. Where men may think that social media is chatty, women see it as a conversation across space and time, with people they don't have the time or opportunity to see in person.

Women especially like gaming at online casinos that have chat rooms where they can "talk" to people from all over the world. Men can see someone once a year or even less often and can take over where they "left off". This is harder for women to do: women tend to try to keep connected.

– Visit Chat Rooms at All Slots –

Slots for Women; Slots for Men

Women prefer slots, lottery-type games, or bingo because these games also provide a chance to chat. Men are more attracted to games like blackjack and poker where the player must make decisions. Men are wont to see themselves as strong and purposeful.

Women tend to like slots that use bright cheery colours whilst men like slots with dark colours. One popular slots game is Hot City. It's all pinks and purples, the colours all school girls love. Women can fantasize about shopping sprees when playing Hot City. Even though 35% of slots payers are men, I would venture to say that not 5% of the players of Hot City are men.

True Love is another slots game that features pinks and purples. It has a Valentine's Day theme as the female players dream about receiving a beautiful ring and getting serenaded by their beloved on the fiddle.

But women don't go in for romance exclusively. Wonder Woman is the heroine's heroine and women play it far more than men. It would seem that the large growth in women playing at online casinos is a reflection of the complicated lives women lead in our international culture.

Women still enjoy the romantic escapes as their grandmothers did in the 1950's when a young girl would often go to her "Hope Chest" and fantasize about Prince Charming.

But today's woman is also a businesswoman, an achiever in the competitive world around us. Thus women also play slots like Wonder Woman which allows them to experience the adventures of a most powerful heroine

Men go for Game of Thrones, Thunderstruck, Dark Knight and other action slots.

Then, how do we account for a slots like Beach Life which is a bright as a slots can get yet is played by both men and women?

Online Casinos Have To Appeal to Everyone

Having broad appeal is a daunting challenge if there ever was one. Online casinos may carry a game that few play but that someone out there in cyberspace wants to play so the casino carries it. The casino has to "maintain" every game as well. As the number of games on the biggest online casinos approaches 800, just maintaining the games is a big task.

Computers develop glitches that no one expects or anticipates or knows immediately what has caused them or how to fix them. The companies that run online casinos often get emergency calls late at night because something has gone wrong with the site.

The online casinos we frequent most often work extremely hard to keep us happy. This means targeting the many demographic groups we have divided and sub-divided ourselves into. The male-female dichotomy is actually one of many identifiable groups that online casinos try to reach and win over.

It is a testament to the amazing professionalism of so many online casinos that they have been so successful in doing so that the number of online gamers increases every year!

– Everyone Enjoys Gaming at All Slots –