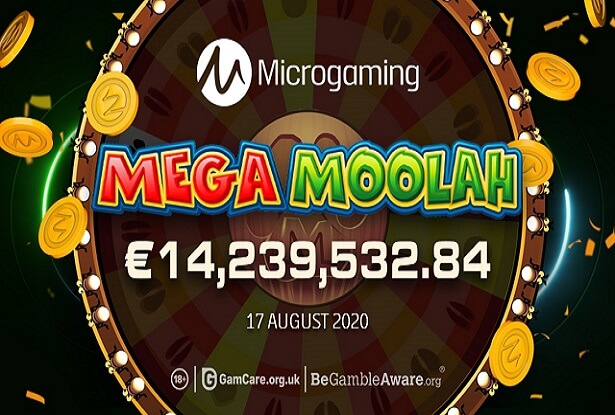 Not only has a lucky Swedish online slots enthusiast won the third-largest jackpot windfall ever awarded by Microgaming’s legendary Mega Moolah progressive jackpot slot, but the win also just so happens to be the largest euro jackpot ever claimed in Sweden.

Yet Another Record In The Bag

On August 17 the lucky Swede won the incredible life-changing amount of money playing the famous game whilst logged into their player account at Lucky Casino. The player struck sudden gold after thousands of people the world over have been trying their utmost best to nab the next massive Mega Moolah jackpot win. The popular game is famous for attracting the attention of online slots players from every corner of the globe – and even more magnetically so when the jackpot reaches the type of proportion that it recently did.

And as for Microgaming, the award-winning casino games developer and platform aggregation giant now holds yet another world-record, being that of one of its games having just landed the biggest euro jackpot ever landed by a Sweden-based player.

The overnight millionaire will receive their winnings in a single lump-sum payment. The money will be paid to the lucky player the minute the necessary verification processes have been finalised.

And it’s not as if Microgaming is planning on slowing down on the new-games development front any time soon either. This is perfectly evident from the diverse collection of brand-new games currently being in the development pipeline for future release. Upcoming progressive jackpot network releases include Stormcraft Studios’ Fortunium Gold: Mega Moolah, African Legends by Slingshot Studios, and Triple Edge Studios’ Sisters of Oz: WowPot.

All of the abovementioned studios are exclusive Microgaming development partners.

Are YOU a jackpot winner? Play slots online and find out!