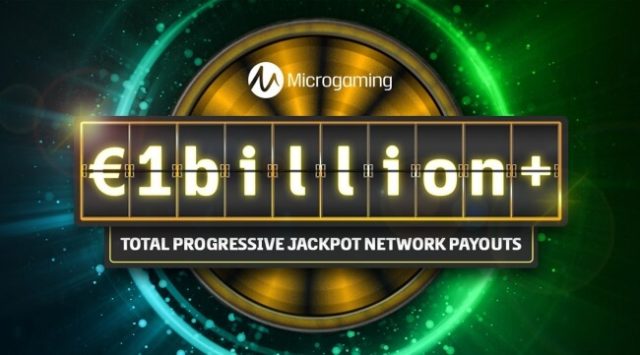 We’re only but a little more than halfway into the year and already 2019 is hailed as a super success in Microgaming circles. The games giant has over the course of the past 6 months awarded more than a million wins via its Microgaming Progressive Jackpot Network. The total of the wins tally up to an impressive €89,879,343, and calculated across a very impressive 1,150,559 jackpots won.

Of the total €89,879,343 jackpot kitty, a superb 8 winners managed to lay claim to either 7- or 8-figure jackpots. The lucky eight pocketed a total exceeding €43 million in winnings. 380 other players enjoyed having won bonuses of €10,000 or more.

The September 28, 2018 jackpot won at Grand Mondial Casino remains the biggest jackpot awarded by the network to date. It doesn’t require an overly-creative imagination to figure out that Microgaming’s Mega Moolah was the game responsible for having awarded the fat fortune totalling €18,915,872.81.

Thanks to the sheer size of the jackpots awarded by the game, Mega Moolah previously secured a place in the Guinness World Records under the category heading “Largest Jackpot Payout In An Online Slot Machine Game”. The record was for a giant-sized €17,879,645.12 won back in 2015. Microgaming CEO John Coleman was particularly elated about the surpassing of the existing world record, but even more so about the fact that the network’s total lifetime payouts are fast approaching the €1.1 billion mark. This, if anything, speaks volumes about Microgaming’s role of long-time leadership in the global casino games industry.

Coleman recently congratulated all of the network’s winners and said that the company very much looked forward to being responsible for the making of even more millionaires during the second half of the current year.

Microgaming wasn’t only the very first online gambling operator ever to have entered the ether, but the company has changed the entire landscape and continues to do so to this day. The developer last year launched a special talent-finding initiative; an initiative that has since grown into a new model of approaching games software development.

Thanks to the special brand of foresight, a whole new breed of independent developers has started to crawl out of the woodwork. There’s just no stopping the raw talent once it starts to flow and Microgaming is the force responsible for taking online gambling games to an entirely new level of supreme quality offerings.