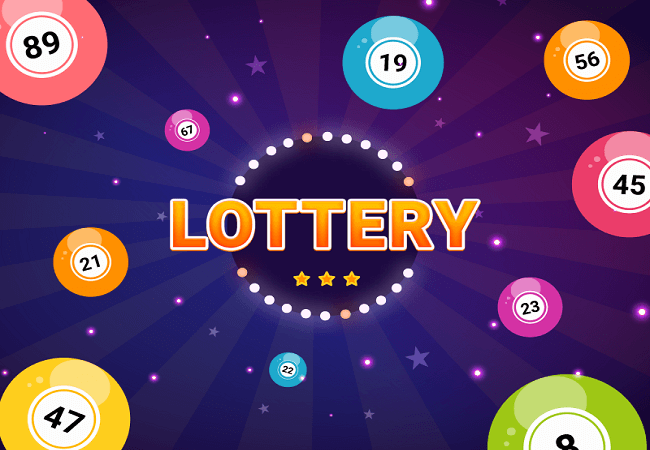 Lottery type games have entertained humans since pre-historic times. Anthropologists and archaeologists have found ample evidence of lottery-type gambling activities that date back thousands of years in almost every area of the world. Through the years many of these lotteries evolved to encompass government-run lotteries that fund public works projects and private charity lotteries where the proceeds to to help local aid organizations.
Today people continue to buy their lottery tickets at kiosks and other lottery outlets but most lotteries are played online, either at government-sponsored lottery sites or at freemarket casinos. There are different types of lotteries from which to choose but the most popular among them are keno, sic bo, bingo and scratch card.

Lotteries are games in which a number of people bet on a random win. Researchers have found evidence of lottery-type games that were played by early man and through the years there were other lotteries including in China, Rome and even in the Bible.
Since the 1990s increasing numbers of private and public lotteries have gone online, offering both land-based purchases as well as ticket sales on the Internet. Many lotteries can be accessed on mobile. For Canadians, the lotteries, including the national 6/49 and LottoMax, are run by provincial gaming corporations that operate as provincial government-approved agencies.

Keno originated in the East and migrated to the West when Chinese laborers immigrated to the Americas. When you play keno you are presented with 80 numbers. You choose 20 of those numbers. When the keno draw occurs you match the numbers that you chose to the selected numbers. Your payout is based on the number of matches that you make. Payouts are moderate for up to 5 numbers and after the first five matches the payout amounts begin to multiply.

For players who want a little more excitement in their Keno competition there are combination keno games in which different groups of numbers are available for selection. Many players believe that this grouping option gives the participant more chances to win.

Scratch card is probably the most popular lottery type games option at public and charity sponsored lotteries for both online and offline players. Scratch cards first became available in the 1970s when computer-generated scratch cards were introduced to the public. In these games you scratched off the cover that concealed the number below and waited to hear the draw results to determine your win. In 1987 instant scratch cards made their debut. When you play a game of Instant Scratc card you can ascertain the results of your scratch card as soon as you uncover the hidden number.

Playing Scratch Card involves buying a scratch card ticket, scratching the covering off the number and matching your numbers to those of the draw — if it’s a land-based draw you must wait for the draw to take place and if it’s an instant game you check to see if your number matches that which the random number generator picked. Your payout is based on the number of matched numbers that you achieved.

Sic bo is another casino game that originated in the East and has become a popular lottery game in the West. The game was known as Tai Sai or Dai Siu in Asian countries but over the years the name Sic Bo has become more accepted in all areas of the world. The names translate to “big,” and indicates, scholars say, that players could look forward to big wins in this game.
Sic bo is played with three dice. On every toss of the dice the competitors try to predict the outcome of the roll. After you make your deposit you place that bet on the area of the sic bo table that corresponds to your bet. Then you roll the dice. Dice values that correspond to a winning bet light up.
There are multiple betting options which is where the game becomes complicated. They include:

You can wager different amounts to make concurrent wagers on the same dice roll.

Bingo is probably the best-known lottery-type game in North America thanks to fun-filled bingo parlors and popular charity Bingo nights.
You play bingo with pre-printed card that have 25 numbers printed on them in rows and columns that create a 5×5 display. You match the numbers on your card with the numbers that are randomly chosen. The number matches are marked off and when you have marked off numbers in a way that gives you a horizontal, vertical or diagonal line, you win.
Bingo variations include patterns that are created by matching numbers, covering an entire card, matching specific types of numbers and more. Some of these variations are Bonus Bingo, Super Bonus Bingo, Foxy Bingo, Ladies Bingo, Dream Bingo and more.

All of the lottery and lottery-like games are available at both land-based and online casino through licensed and regulated Canadian and offshore operators.