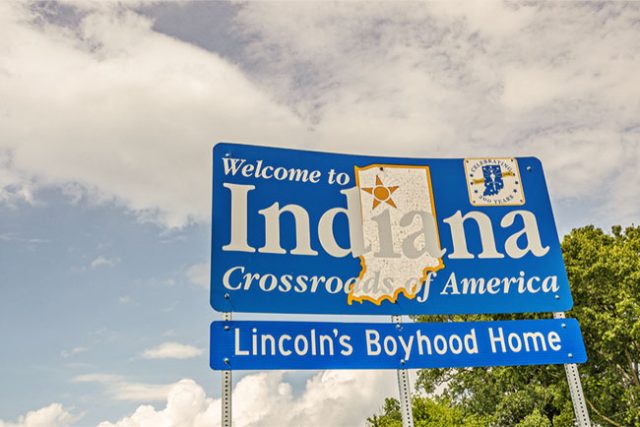 Just last week, the Senate Public Policy Committee of the US state of Indiana cleared a proposal which would legalize sports betting and casino gaming state-wide, and allow two new casinos to be constructed from 2020.

The announcement has come after the recent publication of IN’s annual financial statement, which showed a concerning decline in the region’s casino revenues when compared to past years. During a three-hour public hearing, it was revealed that all 13 of the state’s casinos have been battling fierce competition from tribal operators and other gambling venues in neighboring states.

Reportedly, more than $442 million was generated between these properties in 2018, bringing in 2.8% of Indiana’s overall revenue. In 2010, on the other hand, the properties generated $680 million in total, making up 5.5% of the state’s complete revenue pool for the period in review.

The aforementioned bill, SB552, was apparently cleared late last week, which will allow one of Spectacle Entertainment’s riverboat casinos to transfer its license to land in the city of Gary in Lake County. The proposed $300 million establishment on land would come with a 200-room hotel attached. It could generate up to 400 local jobs, 200 construction positions, and more than $75 million in annual tax revenues.

However, the road ahead for SB552 will not be free of obstacles. Neighboring regions like Hammond and East Chicago will very likely oppose the bill, as they have already expressed concern for their own casinos – the Ameristar and the Floating Horseshoe. Should Spectacle Entertainment be granted permission to relocate both of their riverboats to land, the aforementioned facilities will probably take a hard hit.

Sports Betting Bill is On the Way

In a bid to maintain peace, the Public Policy Committee ensured that an amendment was added to the bill to guarantee the security of Hammond’s gaming tax revenues. However, Hammond Mayor Thomas McDermott says that harm could still be on the cards regardless. If they lose out because of the new property in Gary, he says, the only thing they will be able to do is lay off their staff.

In other reports, Gary Mayor Karen Freeman-Wilson was aiming to push for both of Spectacle’s riverboats to be relocated more centrally, enabling an economic revival for Buffington Harbor. Redevelopments would include a cargo hub with a Lake Michigan port, along with nearby railroad renovations and new highways to attract more visitors to the region.

Another gambling establishment has been given approval to start building in Terre Haute, and two different operators already have their eyes on the location. In other news, as more and more US states are starting to legalize sports betting, the Indiana Gaming Commission is preparing legislation to allow online and offline bets on pro and college events from 2020. Bettors will need to be 21 or older, and wagers on high school games and youth sports would not be permitted under the framework.

Bet with the best. Join in the fun at Canada’s TOP casinos online!