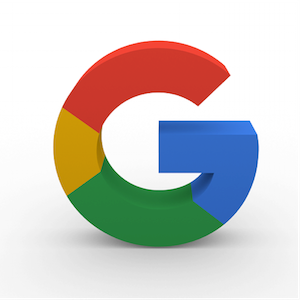 Exciting new reports have revealed something big currently in the works for Internet giant Google. The company is reportedly creating a secret social gaming start-up business, which comes as part of its efforts to spawn fledgling companies within the confines of its iconic international brand.

The co-owner and founder of the latest venture, dubbed Arcade, is 21-year-old Michael Sayman. Sayman is the young wunderkind who began his career as an intern at Facebook at just 17, leaving just a few years later to join Alphabet’s Google. Arcade’s first gaming app, set to be revealed this summer, will apparently contain elements of trivia games, among others.

Commenting on the mysterious secret start-up, a spokesperson has confirmed that Arcade does indeed exist. According to the source, the company is focused on social mobile gaming with friends, although specific innovations were not mentioned. The spokesperson noted that the app is a ‘very early experiment’, so few details are available for now. What we do know is that the it is part of Area 120, a division in which certain employees can create small start-ups within the realms of Google itself.

According to reports, Arcade’s mobile games are not tied into any existing social media platforms. Instead, users of the new app would create accounts using their phone numbers. The source has added that Google is considering the start-up to be a social media investment, as once a game reaches a certain level of popularity; it almost becomes something of a social network in itself.

The brand also appears to have dialed down its social network ambitions after the failure of Google Plus to take hold on a wide scale. Still, the Internet behemoth has continued to experiment with social media ideas, including app experiments like Arcade, in order to attract a new generation of mobile internet users to its products.

Michael Sayman joined the company in August of 2017 as a product manager for the Google Assistant division. After he interned at Facebook, the maverick was picked up as an engineer at just 18 years old, then moving on to work as a product manager, advising executives and his colleagues on teen habits and behaviours as they pertain to current tech trends.

Under the banner of Area 120, Sayman is granted a budget to hire his own design, marketing and finance staff to engineer a start-up with less risk, according to the aforementioned spokesperson. These initiatives will apparently eventually be integrated into the search engine giant’s official product line or ended according to their relative success rates.

Area 120, which kicked off in 2016, has produced plenty of new products that are now firmly implanted in Google’s own product line. One of them is the bot analytics software programme Chatbase, while other projects like Supersonic (which aimed to convert voice messages into emojis) was eventually wound down.