Games of Chance Cause Kahnawake Upset 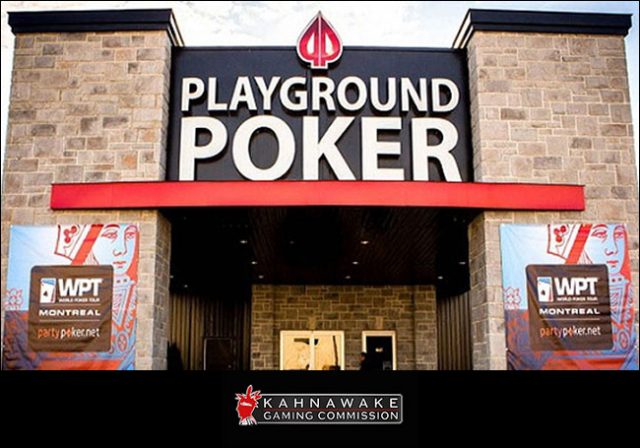 The community of Kahnawake isn’t keen on the idea of a casino in its midst. And that’s putting it lightly. A senior counselor at Kahnawake Survival School, a local high school in the area, probably said it best when he referred to the industry as having a very polarizing effect on Kahnawake. But with that having been said, and despite the “no casino” stickers still prominently displayed on many a shop front, Kahnawake’s Gaming Commission recently authorized two separate venues in the region to operate so-called electronic gaming device rooms.

Which is, of course, just fancy talk for a casino. To make matters even more controversial, Poker tables, valet parking and even a restaurant has been added into the mix.

If it walks like a casino and talks like one, then chances are that it is in fact a casino…

It’s All A Matter Of Perspective

According to Playground Poker’s Mackenzie Kirby, one of the lucky beneficiaries to have received a licence from the gaming commission, much of what has been said boils down to a matter of perspective. Obviously eager to soften the blow, Kirby is trying his level best to rely on a very strong dose of diplomacy and an attitude of neither-here-nor-there.

According to the modern-day diplomat, if one person says that something is blue, and another calls that same object black, isn’t it all down to a question of personal opinion? Kirby must have, on some level at least, have realized the obvious loop-holes in his argument, because shortly after having made the statement, he simply shrugged and said that whatever it was called (referring to the electronic games machines, aka slot machines), the sky is the limit.

Or at least, it is for Kirby, because not everyone in Kahnawake agrees.

An interesting twist to the plot is the fact that Quebec’s gaming corporation, Loto-Quebec has refrained from commenting on what is happening in Kahnawake. The commission simply issued a statement saying that according to the laws of the land and the country’s Criminal Code, only provincial governments are authorized to offer games of chance.

The general feeling is that the unhappiness in the community is one of jealousy, because people always tend to want to make a noise when someone else is making money.

For now, the venue will continue to do its thing.