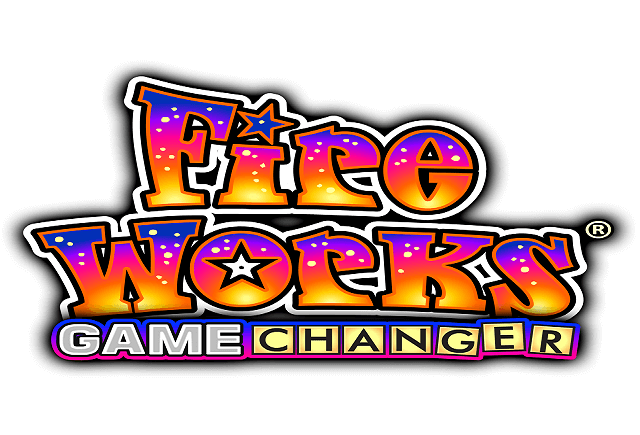 Exciting news is that specialist online casino software developer Realistic Games has decided to bring out a special Game Changer edition of their popular Funsize Fireworks slot. Fireworks: Game Changer isn’t the first slot to have received the Game Changer magic bonus treatment, what with the developer having added the special bonus feature to several of their most popular titles – Bar X and Hot Cross Bunnies, to name but a few.

Realistic’s Game Changer approach enables the player to engage in a game show-style experience, with maximum payouts typically ranging in the region of 6,000x the initial bet and upwards. Fireworks: Game Changer however comes standard with a maximum winnable jackpot of a super 20,000x the player’s initial bet, which in or books, makes Realistic’s latest creation well worth looking into.

Wild Symbol With A Twist

Featuring a reasonably standard 5 reels and 20 paylines, what makes Realistic’s Fireworks: Game Changer slot more impressive than the norm is the special Wild Fireworks Rocket bonus symbol, which doubles up as both the substituting Wild as well as the jackpot bonus symbol.

Blocker symbols represented by blue stars appearing against the backdrop of a starry night sky basically act as exactly what their name suggests in that they “block” certain wins from falling. But they’re not all bad news either (quite the contrary!) as when landed on reels 2, 3, and 4, they’re instantly to transformed so as to act as typical bonus scatter symbols by triggering the slot’s Game Changer feature.

A Throw Of The Dice

The Game Changer feature takes on the form of an entertaining throw-of-the-dice-style boardgame. The result of the dice determines the number of spaces the player gets to progress on the gameboard, and once the bonus game is underway, the star blocker symbols will instantly form a Multiplier Trail, tracking the player’s movement across the board.

The result of the dice obviously also determines the landing position on the board. Each landing position is assigned a value, and each time any position has been landed on by the player moving forward, that value is reduced by 1. Once that value reaches 0, it is no longer a “safe” space on which to land, effectively ending the special bonus feature.