Microgaming Welcomes Eyecon To The Fold 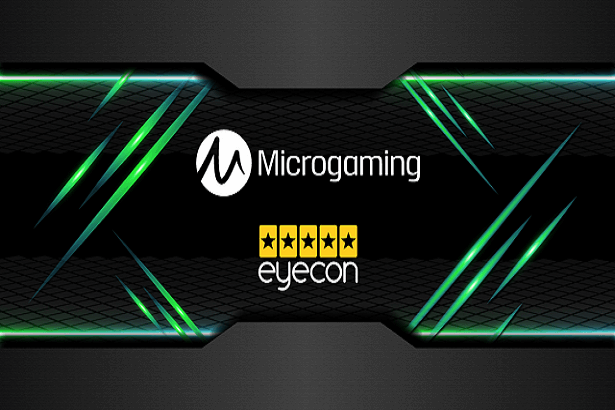 A newly signed deal between leading casino games giant Microgaming and independent studio developer Eyecon, will now afford to the latter the opportunity to distribute their games to a global network of existing Microgaming partners.

Eyecon is the creative design studio behind popular online slot titles such as Temple of Iris, Shaman’s Dream, and Fluffy Favourites – all of which will be added to the casino giant’s global distribution platform.

The platform, which has already won multiple awards, is currently home to more than 800 iGaming brands from across the globe and is licensed and present in more than 20 regulated jurisdictions. And now that Eyecon has been incorporated into the fold thanks to the latest agreement successfully inked, they too will have the opportunity to provide exclusive content to operators and their players the world over.

Microgaming: It Goes Both Ways

It’s a partnership Microgaming’s Commercial Director, Leon Thomas, says everyone at the iGaming giant is looking forward to. Describing the agreement as mutually beneficial, Thomas pointed out that the deal will enable the casino games giant to boost its own games offering by offering to players Eyecon-developed iGaming content under the Microgaming banner.

And it’s a process Microgaming plans on continuing to implement, said Thomas, which is to collaborate with some of the world’s best-performing content partners in order to keep fresh and innovative content flowing freely and continuously toward a global customer-base.

Partnering with the likes of Microgaming is obviously a once-in-a-lifetime opportunity for any casino games developer – and so too in the case of Eyecon.

Describing the partnership link-up as a fantastic opportunity in terms of expanding Eyecon’s global reach and footprint, Commercial Director Paul Gielbert spoke of the developer feeling exceptionally excited at having secured the unique distribution deal. Eyecon will distribute via the Microgaming partner network not only games, but also a range of player enhancement tools developed in-house by the studio.

Microgaming launched its independent studio networking project with the goal in sight of bringing to global markets a greater selection of choice games developed by some of the world’s top iGaming and slots developers. The idea, says Microgaming, is to channel the very best in gaming experiences to the company’s operators and their players.

Keep an eye out for the BIGGEST wins. Play for a JACKPOT online.