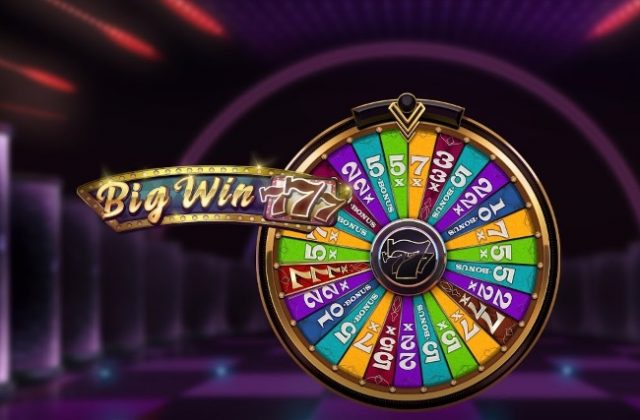 There’s a lot to be said for the glamour and allure of classic Vegas. These are the games that we think back on fondly when we think back on when we first discovered the magic of gaming. Thanks to top casino software developer Play’n GO we can now do more than reminisce about the nostalgia of days gone by, because the software supplier has just released its brand-new Big Win 777 slot, and really, the name says it all.

Big Win 777 draws heavily on the magic and general imagery of classic fruit machines. All of the old classics star on the slot’s reels, which incidentally total 5 in number. There are Lucky 7s (obviously!), there are single-, double- and triple-bars and there are shiny diamonds, each symbol reminding more prominently of good ol’ Vegas days than the next.

But Big Win 777 is no ordinary faded-yellow-lemon old fruity. Play’n GO has ensured that even though the game is supposed to remind of classic Las Vegas, it will appeal to a modern-day player too. The modern twist is evident, with graphics being crisp and the general flow of the slot easy and unhampered.

The potential winnings too, positively beat the pennies awarded by the slots of old. Big Win 777 features 15 paylines and in order to register a win, players have to land any one of the following combinations on the slot’s reels: two or more or diamonds and of the 7s symbols or 3 or more matching bar-symbols. The highest-paying symbols are the diamonds, followed by the 7s and lastly the bars.

Unlike the old classics of days gone by, Big Win 777 also includes a special bonus, namely the Chance Wheel Bonus game. The bonus round is triggered whenever three or more of the slot’s special scatter bonus symbols are landed anywhere on reels one, three and five during a single spin of the reels.

The scatter symbol is represented by the Chance Wheel symbol. Triggering the bonus is an exciting event and the reward is either a number of free spins or a 777x bet multiplier. If the Wheel of Chance does so happen to stop on the free spins feature, then 12 free games are automatically awarded. A really nice addition to the game is that for each scatter symbol landed throughout the course of the free spins bonus, one more free game is awarded to the player.

If a nostalgic reel spinning experience with big wins is what you’re after, this sizzling new Play’n GO release may well be the best game for you!

Try YOUR luck online. Play the BEST online slots and strike it RIC