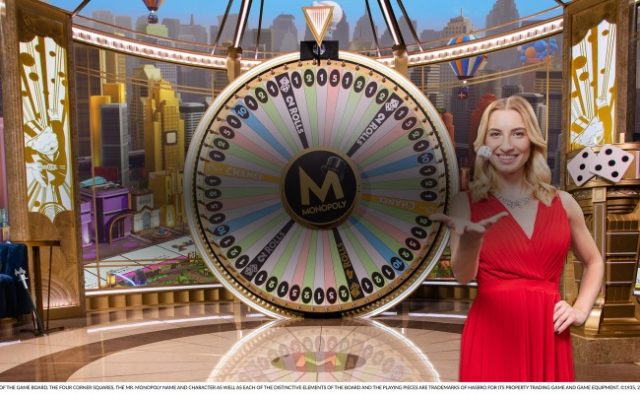 The undisputed leader in live casino games and technology has done it again. Evolution Gaming has for the second year in a row been crowned creator of the Game of the Year at the 2019 EGR Operator Awards. What nudged the award into the bag this time round was Evolution Gaming’s Monopoly Live, which is part of the studio’s Dream Catcher series of games.

The Stockholm-based studio was honoured with the top award at the glitzy event hosted by London’s Grosvenor House Hotel on October 24. According to Evolution Gaming, winning back-to-back instalments of the prestigious award was something the company would never have dared even dream of. And rightfully so too, as the award is regarded to be of the most coveted in the industry. The game that sealed the award deal for Evolution Gaming in 2018 had been the studio’s equally impressive Lightning Roulette.

The Biggest Impact Made

Each year, the Game of the Year award is bestowed upon the creator of the game considered to have made the biggest impact of all on the industry during that particular year. Evolution Gaming, by having won the prestigious award, triumphed over a field of 13 other shortlisted candidates all vying for the title of having created the 2019 Game of the Year.

Operators who had been shortlisted for the Operator of the Year award were tasked with voting on the Game of the Year. The nomination and voting process was overseen by international auditing and financial risk management powerhouse firm Deloitte. This ensures full transparency and a 100% fair nominations process.

How It All Came To Pass

Evolution Gaming came about the live casino development rights to the game via a sub-licence granted by Scientific Games Corporation, which in turn has a proprietary rights agreement with board game product owner Hasbro Inc. Hasbro in 1991 acquired the rights to the world-famous board game when it acquired product-owner Parker Bros. The latter has owned the rights to Monopoly ever since it acquired those rights from the original creator of what is arguably the world’s most recognised board game, namely Charles Darrow (who in turn elaborated further on the general idea by American anti-establishment activist Lizzie Magie, which involved turning real estate in to a board game).

As far as Evolution Gaming’s design team is concerned, according to Chief Product Officer Todd Haushalter, its as simple as creating a design that the members of the team themselves would love to play. Haushalter said that to be recognised in such a top manner by one’s industry peers served as a motivation to continue to create top-quality titles well into the future.