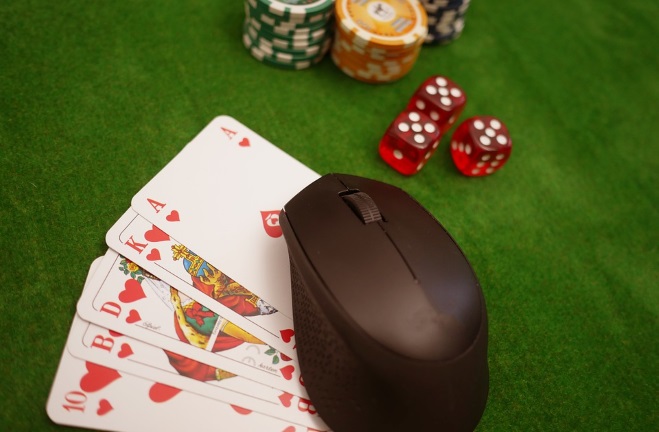 Staying home and national lockdowns are threatening to cripple various industries in many countries all over the world, with the sports betting industry not being the least of these in terms of the severity of the situation that is now unfolding on a global level. Markets continue to plummet as the coronavirus continues on its path of destruction. But one industry is experiencing the type of boom that is only possible when folks are ordered to stay home. And this is of course the online gambling industry.

What with casinos having shut down all over the show since the outbreak having been declared a global pandemic by the World Health Organisation, there is obviously nowhere left to gamble – with the sole exception of that which is available on the internet. In the U.S., online gambling is only legally available in two states, namely Nevada and New Jersey. And now that Nevada’s Las Vegas has practically entered into a post-to-post state of national lockdown, all that remains for Vegas-gamblers is to take their business online. And much of the same is unfolding in New Jersey at the moment, with every last one of Atlantic City’s 9 casinos now temporarily closed for business by order of the governor.

It’s quite significant within the context of the situation that online operators have reported witnessing a massive spike in online traffic to and from their sites over the course of the past few days. The Golden Nugget, which is Atlantic City’s foremost online casino site, has reported a phenomenal 20% spike in new user accounts. This means that new players signing up are hiking the subscriber numbers by at least one-fifth.

The Golden Nugget isn’t the only operator to have seen and reported an increase in new player business and sign-ups. Much the same situation has been reported by Resorts Casino as well as Rush Street Interactive. The latter operates BetRivers in New Jersey and also PlaySugarHouse in Pennsylvania. Both operators have reported massive increases in online traffic and interaction.

Worst Is Yet To Come

Land-based casinos are obviously not experiencing the same levels of success. In fact, as the weeks of shutdown wear on, operators are becoming more and more concerned about the future of their businesses and employees.

Unions are up in arms about employees either having lost their jobs or having to now live through months of not getting paid because of the shutdowns. The situation is both unprecedented as well as very worrying indeed. Worst of all is that economists all over the world agree that things are going to get a whole lot worse before anything gets better.