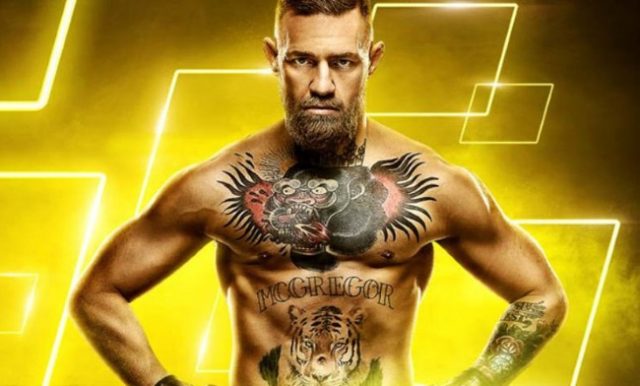 There is finally something everyone agrees on regarding MMA superstar Conor McGregor. His Joker-themed gambling ad for Parimatch, the sports betting site from Russia, leaves a lot to be desired and fans and critics alike have ridiculed the unusual content. In the ad, McGregor engages in a conflict with Mike Tyson in a video game, but the whole premise is so bizarre and confusing that it simply makes one laugh.

From the moment the video hit Twitter reproofs began pouring in, with the overall consensus being that the ad is utterly awful. As could have been expected, numerous memes have sprung up, with many comments posted about the advertisement, almost all of them negative. Memes depicted people laughing wildly at the content or shaking their heads in embarrassment for the fighter have vigorously done the rounds.

Things start off fine, as when the ad begins we see McGregor outfitted in a leather jacket with his arms spread wide, looking fierce with a fist full of fire. But it all goes downhill from this point on, however, since the next thing we see is the fighter in a cage with a cat. The feline is positioned on a pedestal and is clearly meant to be his opponent.

This is when the clip cuts to computer game graphics, displaying McGregor engaged in a bout with world heavyweight Boxing champion Mike Tyson, who competed from 1985 to 2005. Then we see a gorilla seated on the throne, with his heart throbbing, and McGregor’s easy-to-spot chest tattoo is highlighted.

Women then start arriving outfitted in black and yellow clothing, indicating the Parimatch colours, and wearing rabbit masks. As if this wasn’t enough, we then get a final shot of McGregor dressed up as the Joker holding a sledgehammer.

Parimatch announced that Conor McGregor would be their new brand ambassador in February 2019. The UFC champion entered into a personal endorsement deal with the operator, and this advertising campaign was no doubt part of it.

The ridiculous campaign, entitled A New Epic Story shamelessly tries to benefit from the critical and viewer acclaim the film Joker has enjoyed since its release. Parimatch made sure to place campaign shots from this promotional run across the CIS.

Chief Executive Officer of Parimatch Sergey Portnov said back in February that his brand, like the famous fighter, dared to be different. He called McGregor a global icon and stated that the star would lift his company to new heights. His opinion on the advertisement has not been publicised, but he may want to take the view that no publicity is bad publicity, after seeing the public’s response.

Bet on MMA ONLINE! Sign up at a sportsbook and WAGER to WIN.