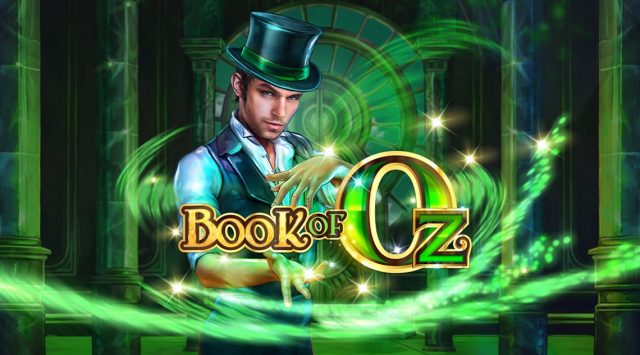 You might think that when December swings around, software developers are too focused on Christmas to release slots with any other themes during the season. However, Microgaming is different, and their latest title proves it!

The UK developer has now launched Book of Oz, the latest creation developed by the Team at independent gaming house Tripe Edge Studios. Triple Edge has been exclusively designing games for Microgaming for a few months now, including recent smash hits like Wicked Tales: Dark Red and more.

Book of Oz is based on the classic story, The Wonderful Wizard of Oz, that has become part of millions of childhoods over the years. The 5 reel, 10 payline, high volatility title is packed with magic, adventure and wonder, and invites players down the yellow brick road for a chance to win riches beyond their wildest dreams.

The online slot boasts scatters, wilds, free spins and re-spins, and its graphics are portrayed in a fantasy-filled art style for added effect. Symbols on the reels include a potion of love, the lion of courage, the great golden book and the wizard himself, all of whom land to match magnificent winning combinations across the grid.

The wizard’s book symbol serves as both a scatter and a wild, which can naturally pay out wondrous wins in the right settings. Landing three or more scatters will trigger 10, 12, or 25 free games, and lucrative expanding and glowing symbols can pay out up to 5,000x your base game stake instantly in the free spins feature.

The game’s re-spin round also adds yet another layer of excitement, as players can actually pay a small amount to re-spin a single reel independently if they’re just one symbol away from the win of a lifetime. This allows you to develop something of a strategy in the base game after each result too, as you can even re-spin for a chance to land a final wizard’s book scatter and trigger the free spins once more!

Live for Desktops and Mobiles

Great riches and an unforgettable journey await those who play the Book of Oz, which is now live at all Microgaming online and mobile casinos. The title officially hit these channels on December 11, 2018.

According to Brendan Walton, Design Lead at Triple Edge Studios, his team is very excited to have released Book of Oz – their fifth game this year under their brand. This, he said, is the most fun his team has ever had developing a slot, incorporating special hand-painted art to help to bring the story to life. He guaranteed that the game will ‘leave players spellbound’, and hinted that they should stay tuned for even more thrilling titles in the near future.