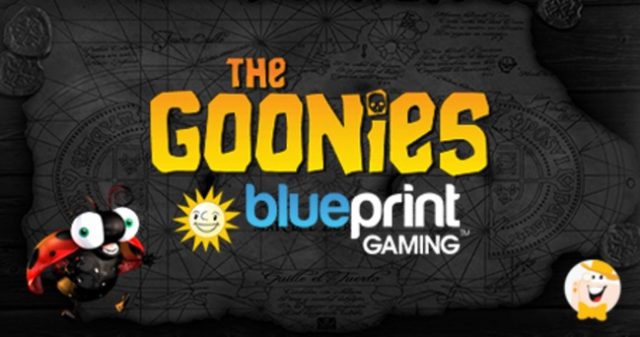 Anyone who has ever said “Never Say Die” and meant it is bound to have somewhere along the line encountered the cult classic 1980s motion film, Goondocks. And it wasn’t too long for the wear following the rise of online casino games that top-class developer Blueprint Gaming graced our screens with a slot based on the classic film with the release of The Goonies. But that wasn’t the last or the ultimate of it yet, as the very same developer has just announced the launch of a revamped version of the game, complete with Blueprint’s signature Jackpot King progressive system to boot.

The Goonies has for the longest time enjoyed massive popularity among players all over the world, with each more eager than the next to engage with their favourite movie’s setting and characters as well as being in the running to find the ever-elusive One-Eyed Willie treasure. According to Blueprint’s Director of Marketing and Relationships Jo Purvis, every player is now officially in the running to perform the iconic Truffle Shuffle and stake his or her claim to the biggest jackpot prize of all.

But Blueprint Gaming has been on a development roll that extends even further than the latest enhanced Goonies slot release. It was as recently as September that the UK-based developer released the superb Safari Gold MegaWays.

Its six reels and seven rows of pure unadulterated big-win slot fun whilst getting to feast one’s eyes on the full majesty that is the Big Five of the animal kingdom. The ultimate highlight of the slot is however the fact that it makes use of the MegaWays function in order to create wins that are larger than life on all counts. The result is a stunning 11,764 betways and as many ways to win.

Get ready to WIN. Play Canada’s finest slots ONLINE or on MOBILE!