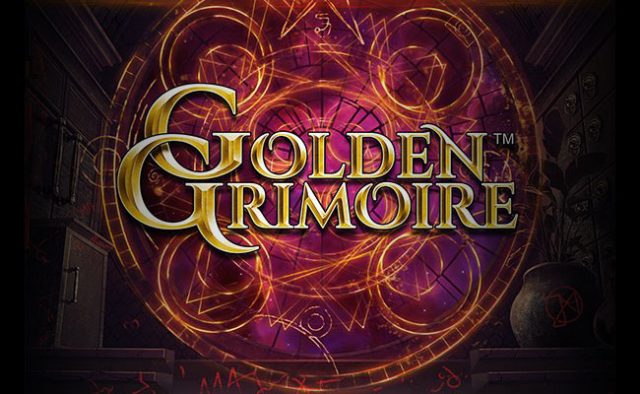 There’s nothing like a touch of magic to start the new year off right. At least, that’s according to the developers over at NetEnt, and they certainly seem to know best when it comes to market-leading online slots.

Golden Grimoire is the name of the developer’s latest creation, which is set to make its debut in January this year. The title draws its inspiration from the darkly mysterious world of magic, witchcraft and voodoo, and its magnificent graphics pay homage to these themes perfectly.

The game takes place across a 5×4 reel set with a total of 40 paylines attached. To add engagement and winning potential, NetEnt has then packed an amazing array of bonus features into the mix, including scatters, wilds, free spins and Mystery Symbols to name just a few.

Top Prize of 200x Your Stake

One of the biggest influencing factors on how the game plays out is its innovative stacked symbols. All icons on the reels come in stacked form, so landing multiple winning combos in a single round is very likely. The symbols in the base reel set include an eerie and realistic set of skulls, spiders, snakes, spell books, along with hearts, clubs, diamonds and spades for lower value wins.

Mystery symbols will also be an essential part of your experience for desktop and mobile. These symbols appear in the form of golden spell books, and land stacked on reels 3, 4 and 5. When they do, they will transform into single, random symbols in all positions they are covering. Should this symbol match the one on the leftmost position in its row, the symbols between these two will be transformed as well, bewitching your bankroll with a guaranteed win.

Golden skulls will act as wilds in the base game and bonus rounds, but these can only be revealed through the mystery icons. Of course, when they do appear, this means that there is increased potential to land stacked wilds, which could just lead to a maximum win if you’re playing at a high enough stake.

There are also plenty of other ways to enhance your bankroll in Golden Grimoire. There are 8 free spins to be won by landing 3 or more scatters in tandem, which will appeal on reels 1, 3, and 5. The Mystery symbols on this feature land on reels 2 to 5 as well, meaning that they’ll appear on one extra reel and even become sticky when they do materialize. If you are a fan of old-school magic, stunning graphics and unique bonus features, NetEnt’s latest creation is definitely worth your consideration!

Get the slots reels spinning and find out if you’re a WINNER!
Play online NOW.