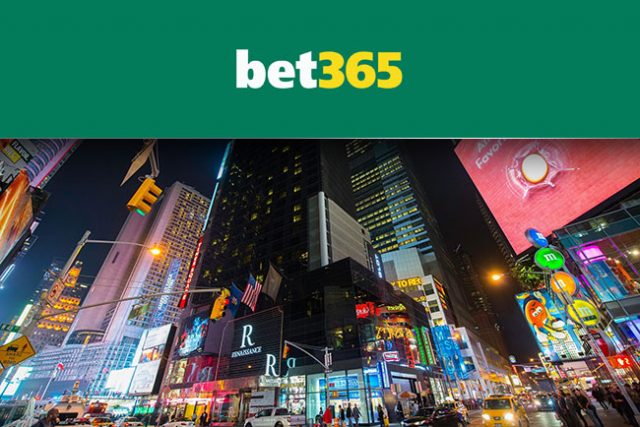 Online gaming and sports betting operator Bet365 has just announced that they have signed an exclusive, 20-year partnership deal with Empire Resorts. As the result, the operator will soon be entering the valuable New York gambling industry with its full range of licensed content.

It was the ruling of the US Supreme Court back in May that has allowed this deal and many other similar agreements to come to fruition. It was then that the court abolished the out dated PASPA law of 1992, which prevented individual states from regulating and legalizing their own local sports wagering markets.

The ground breaking deal will see Bet365’s subsidiary firm Hillsdale working to develop an all new sportsbook for Empire’s Catskills casino. Both a physical and online betting platform has been included in the agreement.

The deal will be particularly profitable for the iGaming service supplier, at least according to current estimates. New York is the fourth most heavily populated state in the US, and under the two companies’ terms of agreement, the parties will split all profits evenly from the upcoming venture. However, Bet365 is set to initially absorb more of the earnings to compensate for their building of the offering.

Commenting on the deal Hillsdale president Simon Betteley noted that the landmark deal, which combines Empire’s expertise in gaming operation with its own experience in providing top-class online sports betting, will allow Bet365 to enter into what his company believes will be one of the most significant wagering markets in America.

CEO of Empire Resorts Ryan Eller also shared his thoughts, adding that the aim of the alliance is to forge lasting value by working together long-term to take advantage of what may become one of America’s largest sports betting markets.

In Eller’s words, the 20 year agreement, along with many addition options to renew, will allow for a long-term commercial relationship that is designed to ‘survive the tests of time’. The deal is also intended to achieve and hold a leading position in the rapidly growing New York industry.

Founded in 2000 and headed up by CEOs John and Denise Coates ever since, Bet365 Group Ltd is an iGaming and wagering supplier based in the UK. The group currently has around 4,300 people under its employment, and also operates subsidiaries such as Hillside New Media Holdings Limited and others.

Do YOU want to win? Sign up with the best casinos online in Canada TODAY!