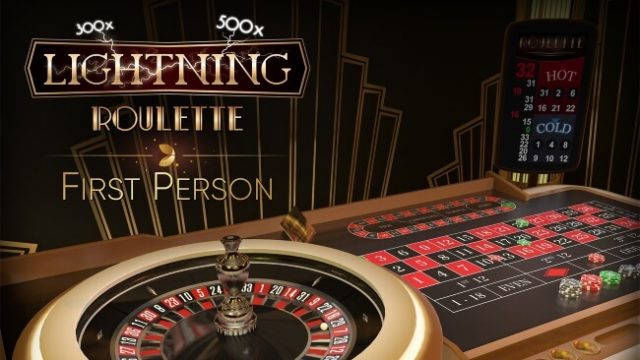 Live casino giant Evolution Gaming is going all out with its latest releases. The developer-supplier has just released two new special first person games. They are in essence special new releases of two top existing titles, only this time round with first-person functionality built into the mechanics. The two new releases are First Person Lighting Roulette and First Person Dream Catcher. Fans of Evolution Gaming’s superb products will recognise the titles as re-worked editions of the previously-released Lighting Roulette and Dream Catcher; both superb renditions of pure Evolution-style genius.

Both games have won sought-after rewards. Lighting Roulette last year won no fewer than three Game of the Year awards and Dream Catcher was named Digital Product of the Year in 2017 by the Global Gaming Awards (Las Vegas).

The two new first person games were released hot on the heels of Evolution Gaming having expanded its existing Lightning range by adding a truly off-beat but classic masterpiece into the Lightning mix, namely Lightning Dice.

What makes the new releases all the more exciting is the custom “Go Live” button. This enables players to start out playing in the first person and then move on to a live version of the same game. This is achieved by passing through a special in-game portal that is activated by the “Go Live” button and function.

In order to make the games all the more accessible and easy to navigate, the live casino specialists have kept the rules and mechanics of all of the respective versions basically the same; whether playing in first person 3D mode or when transitioning into a live game.

Chief Product Officer Todd Haushalter is, as has been his regulator want in the past, infectiously excited about the two new releases. Haushalter said that the new first person releases would empower Evolution Gaming’s operators to enjoy and incentivise player loyalty like never before. Haushalter said that the developer was proud of what it had managed to create as the “Go Live” function and button far outperformed any other RNG functionality and special feature of its kind.

Evolution Gaming has been following a model of full speed success ahead and has been gaining a lot of ground on the international playing field. The developer recently confirmed that it had successfully sealed a partnership deal with Italy-licensed service provider and operator Planetwin365. The deal will enable Evolution to expand its presence in Italy’s rapidly growing online games market.