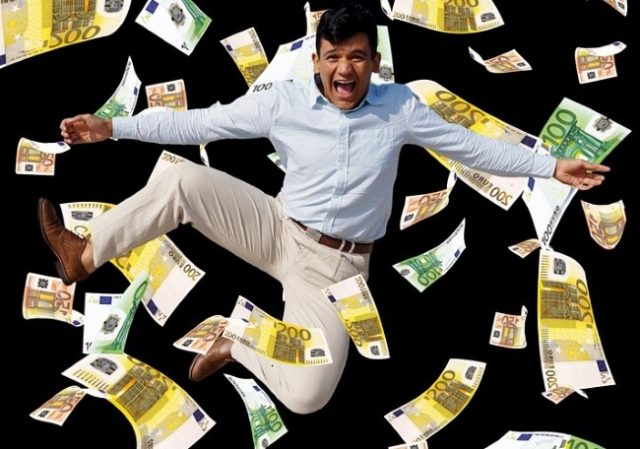 Lotto MAX and Lotto 6/49 have turned Canadians into a Lottery-crazed people. Its no surprise either, considering the incredible cash jackpots won every week. Both games feature regular weekly draws and each week the names of more lucky players are added to the winners’ list. A couple of very lucky Lotto lovers will forever remember recent weeks as being life-changing times and its all thanks to the country’s two most popular Lottery games.

Ontario resident Pietro Cioffi will hardly forget August 31st as this was the draw date that saw the Lotto 6/49 jackpot escalate all the way up to a fantastic CA$9 million. No fewer than 3 tickets correctly predicted the six jackpot numbers. Player Pietro Cioffi however, predicted all of the numbers necessary in order to stake his claim to the fantastic guaranteed CA$1 million jackpot prize money.

He Had A Lucky Charm

According to Cioffi, what had afforded him the good fortune was the fact that he had purchased his ticket on his daughter’s birthday. And what a birthday celebration it turned out to be after the Ontario resident finally discovered that he was now literally rolling in the money.

His ticket was purchased at the Mono Mart on Highway 10, and the lucky winner already has a string of definite plans for his winnings. He wants to first off settle his mortgage loan. With the responsibilities taken care of, he then plans on going on vacation. The Lotto 6/49 lover has not yet decided where he plans on travelling to. The important thing is that he now has the cash needed to do something that he has always wanted to do.

We sure hope he treats his daughter to a very special vacation! She is, after all, his Lotto 6/49 lucky charm.

Ottawa resident Nora Kuniliusie has much to celebrate this week too, after having won a super CA$150,000 in the OLG’s The Bigger Spin. The competition involves scratching away at an instant-prize ticket. In the event that the ticket reveals the opportunity of having a go at spinning the OLG’s bonus wheel, then the player must head on down to the OLG’s offices in order have a go at spinning a very special wheel of fortune.

Kuniliusie’s luck must have been on the money on that particular day as the wheel awarded to her a fantastic CA$150k cash windfall. The lucky winner plans on putting the money towards finally being able to purchase her very own home.

Sign up online at Spin Casino and you could be THE next BIG JACKPOT winner.