Where Does Your Lottery Money Go? 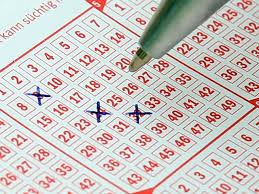 Everyone dreams of winning the lottery. The prizes get bigger and better and your chances are as good as they’ve ever been. But let’s be honestâ€¦.most people don’t win the lottery, and the lottery organizers aren’t in the lottery business to entertain you — they want to make a profit. So it makes sense that there’s a lot of profit to operating a lottery.

Where Do the Lottery Revenues Go?

Each Lottery Corporation operates under the mandate of its parent province to facilitate the lotteries and casinos of the province and use the revenues to support local charities and non-profit organizations.

So, where does the money really go?

The first question is, who decides where the money goes? The decision about where the money is spent is reflected by the Lotteries Review Committee of each province. These Review Committees hold public meetings throughout their province which are open to local residents. Request for funds come in the form of oral presentations and written papers, letters and petitions. The majority of the people who attend these meetings are individuals who are connected to groups and organizations who have an interest in receiving some of the funding. These include arts and cultural organizations, youth organizations, hospitals, educational institutions and other groups.

After concluding these meetings, the committee returns to review the requests and discuss the options. Each committee looks for projects that will

To see how this system is put into practice, it’s possible to take a look at two provinces which host lotteries, online gaming and casinos through the Ontario Lotteries and Gaming Corporation (OLG). OLG is responsible for lottery games and gambling facilities throughout the province. Since it began operating in 1975, OLG has provided almost $40 billion to the citizens of Ontario. These payments help to support amateur sports through the QUEST FOR GOLD program, health care; recreational activities, scientific and medical research, education, prevention and treatment of problem gambling, arts and cultural programs and local and provincial charities.

The Ontario OLG revenues also go towards supporting the Ontario Trillium Foundation, a granting foundation which provides grants to programs throughout the province. Trillium focuses on programs that support “Active People, Green People, Inspired People, Promising Young People, Connected People and Prosperous People. Trillum’s grants, described as “Investment Seeds” fund projects in a variety of ways. They support projects at the conceptual stage, help to grow projects as they build on the success of a proven initiative, provide capital for a project’s infrastructure and facilitate collective impact as the project’s instigators work collaboratively to tackle any problems that might come up. Trillum works on the theory of chance in which changes that it believes need to happen in Ontario in order build healthy and vibrant communities are identified and addressed.

Alberta’s Lottery revenues share many similarities with Ontario but, given the different populations and characters of the provinces, are, in many ways, quite different. The Alberta Lotteries and Gaming Commission funds provincial ministries in support of public initiatives. It also provides funds to grand programs and foundations that support community-based initiatives and volunteer work.

Some Alberta’s lottery disbursements include

The question of how the revenues for provincial gambling are distributed is complex and is dependent on each individual province. Each province has its own needs and expectations. But hopefully, you now have a better idea of where your lottery revenues go — until you win, that is!