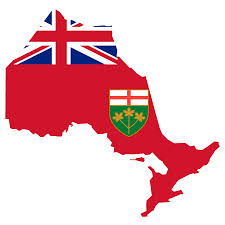 The new Ontario Lottery and Gaming website has launched and options for playing online in Ontario are more extensive than ever.

An overview of what’s new at the OLG:

The Ontario Lottery and Gaming Corporation has been providing lottery and other gambling alternatives to Ontario residents for 15 years. OLG has been designated, by the Ontario provincial government, as the agency which is responsible for operating and managing gambling activities in the province. These activities include lotteries, casinos, horse racing tracks and the slots machines that are posted at racing tracks.

The OLG conducts its activities in a way that is designed to make life better for Ontario residents. OLG generates revenue with the goal of benefitting social and charitable activities through its gaming entertainment options for people in the province.

The government of Ontario appoints the members of the OLG Board of Governors. OLG sends annual reports of its activities to the Ministry of Public Infrastructure (PIR) of Ontario who then shares the information contained in these reports to the provincial governments.

OLG administers and operatesresort casinos in the cities of Windsor, Niagara Falls and Rama which is located just north of Toronto. These casinos are large facilities that offer a wide range of gaming options and high wagering limits. The casinos also provide amenities that include hotels, entertainment venues and meeting/convention areas where patrons can find high-quality gaming, food and beverage services and entertainment. Horse racing tracks also feature slot machine gaming, food and beverage services and entertainment.

OLG is in the process of expanding its online gaming options. OLG recognizes that the majority of gaming today takes place online and it wishes to encourage Ontario gamers to participate in gambling pursuits that keep the proceeds from their gaming events in the province while, simultaneously, providing increased revenues for local charities, non-profits and social justice activities.

To this end, OLG has created the PlayOLG.com website where Ontario residents and visitors can enjoy OLG games at their leisure. OLG offers numerousaction-packed casino games, with multiple slot machines, along with the most popular lotteries, online. Online gaming at OLG includes:

Players are invited to register with the PlayOLG website and start playing at their leisure. At this point, all OLG online gaming is for PC gamers, though mobile gaming is being explored as a future option.

OLG accepts players who are at least 18 years of age. OLG will not pay a prize to anyone who is under the 18 year age limit. A player must be at least 19 years of age to enter an OLG gaming site where alcohol is served since Ontario law restricts serving alcohol to individuals aged 19 and older.

Publishing winners is important to OLG as featuring these winners demonstrates the integrity of the games. By publishing winners’ names, new players are often drawn to gamble at OLG. OLG reserves the right to publish the name and address of lottery winners along with a photograph of the individual. Names of winners at casinos and racing tracks are released only with the permission of the winner.

OLG is committed to socially responsible gaming. The Corporation administers a Responsible Gaming Code of Conduct which aims to reduce the risk of problem gambling in Ontario. OLG initiatives are aimed at enhancing customer information and education programs while, simultaneously, developing programs and polices to improve the gaming environment in Ontario.

OLG has a mandate from the Ontario provincial government to operate commercial gaming on its behalf. OLG proceeds support charities through the Ontario Trillium Foundation. OLG has no personal relationship with the non-profits and charities that receive funds through OLG revenues.

Over the past several years, a seemingly disproportionate number of employees and owners of lottery retailers have won lottery prizes. OLG compiled statistics to address this issue but several different university and government statisticians concluded that, without knowing more about the lottery playing patterns of the employees in each channel, it is not possible to determine whether such figures suggest anomalies in win patterns.
The chances of winning large prizes in a particular venue are affected by the number of employees in that venue and the number of lottery tickets purchased by each employee in that venue. Since different games offer different odds of winning, it’s not possible to create any uniformity for these variables and therefore, impossible to determine whether there is any type of impropriety in such wins.