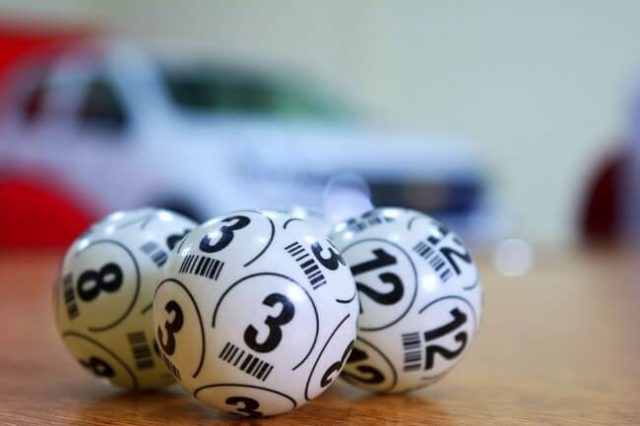 Even as lottery officials work to track down the current $50 million winner, the Western Canada Lottery Corporation announced that a $1 million dollar ticket, bought through the MaxMillions game, will also be going to an Alberta resident. The winner, who lives in Edmonton, will be claiming his ticket this week.

Alberta has seen a record number of million dollar prizes over the last year as well as prizes totaling hundreds of thousands of dollars. Since July 2014 45 tickets totaling $206.4 million dollars have paid out to Alberta residents.

The jackpot in the Lotto Max competition rises every week. Next week’s Lotto Max jackpot will equal approximately $12 million dollars.

Alberta is a partner of the Western Canada Lottery Corporation, the non-profit gaming authority for Western Canada which was established by the provincial governments of Saskatchewan, Alberta and Manitoba. The corporation is authorised by the provincial legislatures to conduct, manage and operate lottery and gaming activities in their territories. The Northwest Territories, Yukon Territory and Nunavut participate in the Western Canada Lottery Corporation as associate members. WCLC is the representative of each province’s Gaming and Liquor Commission. It facilitates lotteries and other gambling activities within each participating province.

WCLC markets national games in the Western provinces including

Two of the most popular WCLC games involve the Western 649 and the Lotto Max. In the Western 694 the player aims to match five numbers. The prize for matching 5 numbers is $500.

The Lotto Maxmillion is a draw. Participants pay $5 and receive three seven-number selections. The Ticket Terminal selects two sets of numbers and the player selects one set. Jackpots, which start at a minimum of $10 million dollars, grow each week. In some provinces jackpots have reached $60 million dollars before they’ve been won and claimed. As soon as the Lotto Max jackpot exceeds $50 million dollars, the game expands to include draws for $1 million dollars each.

Some other Lotto Max options include the Friday Extra, the 1-25 draws and the Quick Pick. Players are invited to add an extra $1 per play to compete for the $250,000 top prize or $100,000 second prize in the Friday Extra Draw. Participants who wish to play the 1-25 draw direct the lottery vendor regarding the number of draws in which they wish to participate. To participate in a Quick Pick Draw, the participant uses a selection Slip and chooses his own numbers. Alternately, the Ticket Terminal will randomly choose the selections. Seven numbers are selected from a field of 1-49.

If a Maxmillions or Lotto Max Jackpot isn’t won, the jackpot amount carries over and is then added to the jackpot amount of the next draw. Maxmillions prizes are added to those of the next draw while the Lotto Max Jackpot stops growing at $60 million. In the MaxMillions draw, $1 million prizes go to any wins beyond the $60 jackpot.

Lotto Max Free Plays involve Lotto Max tickets or Combo Play tickets in which the player receives a ticket with three seven-number Quick Pick selections. The player has the option to add an additional $1 and add one extra number to the ticket. Wins on more than one ticket for multiple draws are printed whenever the player wins four or more Free Plays on his ticket.

There are Group Plays for people who want to divide the ticket costs and divide wins. In a Play by Subscription plan, the participant selects the plan and pays by subscription. The advantage of such a plan is that, in addition to being assured that they’re not missing any games, the WCLC automatically checks the numbers after each draw and notifies the winner.

One of the most popular play options is the Combo Play in which a participant plays combinations of number on the same Lotto Max, Western 649, Lotto 6/49 or Western Max ticket. Participants can ask the vendor for a Combo Play Quick Pick or use a Selection Slip to choose their own numbers. Wins are identical to those chosen on a regular selection, but with the multiple selections, multiple prizes are paid out. It’s possible to play up to $1000 per draw with a maximum of 25 draws. Odds of a Combo Play win are determined by the number of combinations and the chosen game. Players receive two Quick Pick Combinations on Western Max and Lotto Max tickets and, on a Lotto 6/49, the Combo ticket includes Guaranteed Prize Draw entries. It’s always possible to add an Extra number on a Combo Play ticket with a $250,000 top prize goal.

Western Canada residents enjoy a wide range of lottery options in to meet their individual preferences.